On April 30, the agency revealed there is truth to the rumors that have been floating around for quite a while. SME stated, "Tiffany has gone into the final stages of her album production. Please wait for her upcoming comeback."

Reports say it's likely we'll be seeing Tiffany's debut solo album in May, but we'll have to wait for confirmation. If the timing is right, we may be seeing Tiffany and former Girls' Generation member Jessica promoting at the same time.

Are you excited for Tiffany's solo debut?

AKP BUZZ
Korean Mukbang YouTuber is fired from her Chinese agency after saying "Kimchi is a Korean food"
15 hours ago   89   83,125 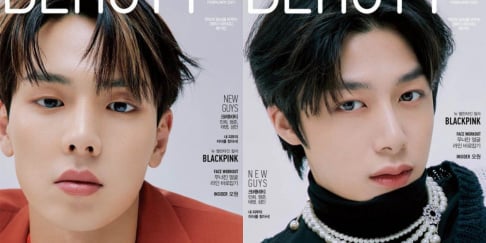 AKP BUZZ
Korean Mukbang YouTuber is fired from her Chinese agency after saying "Kimchi is a Korean food"
15 hours ago   89   83,125

Mina lashes out at netizen demanding proof that Jimin bullied her, posts medical diagnosis from hospital
1 day ago   240   48,948

All Witnesses Denied Seungri Involvement, Saying Police Tried To Force Them Against Seungri
2 days ago   162   36,285