J.Y. Park sells the JYP building, but will continue to use it under a lease with future plans for a new HQ 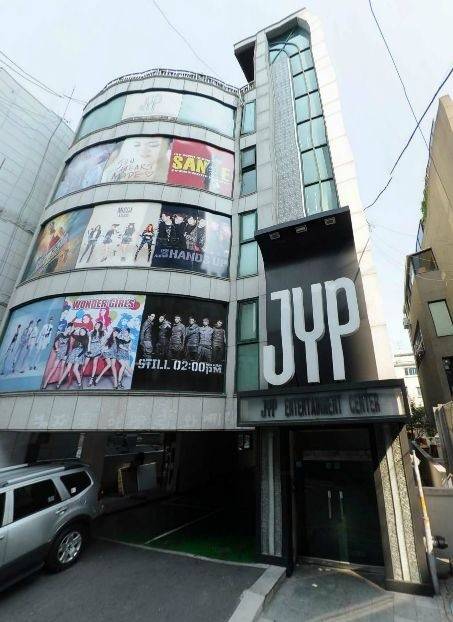 It has been reported that J.Y. Park has sold the JYP Entertainment HQ building in Cheongdamdong, Seoul to Choi Ki Won, the sister of SK Group's chairman Choi Tae Won.

Choi Ki Won purchased the JYP building for 7.6 billion KRW (approximately $6.9 million USD), and JYP agreed to continue to use the building under a 3-year lease. According to the JYP building's certified copy of register as confirmed by Dispatch, J.Y. Park sold the building to Choi Ki Won on November 25. Although the building now has a new owner, JYP will lease the building for the next 3 years by placing a security deposit of 1 billion KRW ($914,000 USD) and paying a monthly rent of 25 million KRW ($23,000 USD). JYP Entertainment did not disclose the reason for the sale, only commenting that it was J.Y. Park's personal decision.

A rep also revealed that JYP Entertainment plans to continue to use the building under the 3 year lease as they make plans to establish a new headquarters.

The rep revealed, "J.Y. Park originally owned that building and JYP (the company) leased it from him... From the stance of JYP as a company, only the building owner has changed... With the JYP building as the main office, various head offices are located in separate locations. We plan to establish a new HQ to bring all those offices together."

Reports also show that Choi Ki Won used a loan from Woori Bank worth 6 billion KRW ($5.5 million USD) to purchase the building. The other 1 billion KRW ($914,000 USD) from the remaining 1.6 billion KRW ($1.5 million USD) of the purchase price comes from the security deposit received from JYP. A source stated, "The JYP HQ is in a prime area of Cheongdamdong. Major entertainment agencies are also lined up near it, making it a K-Pop hallyu mecca... The surrounding area is also very active. It is definitely an area that is worth an investment."

The building has appreciated quite a bit over the years as J.Y. Park previously purchased the 5-story building for 2 billion KRW ($1.8 million USD) back in March 2001.

One of the biggest online communities lists idol members by popularity
13 hours ago   60   24,760

BTS’s V becomes the master of the holy trinity of entertainment as he adds an award for ‘Best OST’ to his existing collection of awards for acting and dancing
16 hours ago   34   6,835

Netizens react coldly to the news that Park Yoochun will be starting his own YouTube channel
3 days ago   106   21,284