Variety
Posted by Susan-Han 10 days ago

On the September 16 broadcast of JTBC's 'Hidden Singer 7', Super Junior member/solo artist Kyuhyun appeared as the guest singer of the day to compete against four of his most talented voice impersonators!

On this day, Kyuhyun revealed, "I have never met another person who sings like me. There have been people with similar voices, but none with the same voice. It must have been very hard to find people who can impersonate me."

In particular, for this week's episode featuring guest singer Kyuhyun, a panel of Kyuhyun's closest friends and fellow artists at SM Entertainment appeared as panelists, including Super Junior members Eunhyuk and Ryeowook, TVXQ's Changmin, SHINee's Minho, and EXO's Suho. Among the panelists, the two Super Junior members especially boasted their confidence, as Eunhyuk stated, "I live with Kyuhyun. He sings a lot in the shower. He seems to practice his musical numbers in the shower. There's no way I will get him wrong."

On the other hand, Ryeowook said, "I am a part of the Super Junior vocal unit K.R.Y with Kyuhyun. As someone who has recorded countless songs with Kyuhyun, of course I can guess his voice."

Before beginning the first round, Kyuhyun told his members and friends, "If you guys can't tell it's me, you should take off your shirts!"

First, during round one, Kyuhyun and his impersonators sang the OST "Confession Is Not Flashy" from tvN's 'Hospital Playlist'. After the round, the panelists and audiences voted for the #2 contestant as the person who sang the least like Kyuhyun.

While the identity of #2 was revealed as an impersonator, Kyuhyun also received the second highest number of votes for having sang the least "like Kyuhyun".

The singer feinted anger toward his friends like TVXQ's Changmin, SHINee's Minho, and EXO's Suho for their failure to pinpoint his voice, and then moved onto round two.

For round two, Kyuhyun and his impersonators sang the singer's #1 hit solo song "At Gwanghwamun". In particular, during round two, even Super Junior members Eunhyuk and Ryeowook were divided on which singer was the real Kyuhyun.

Of the five competitors, singer #5 received a total of 51 votes from the 100 voters in the panel and the audience. Many of the panelists were very certain that singer #5 was not Kyuhyun, while Super Junior member Ryeowook was one of the very few who insisted that Kyuhyun was actually singer #5.

In the end, Ryeowook's guess was correct! Singer #5 was in fact the real Kyuhyun, and the singer was eliminated in the second round with an overwhelming 51 votes.

Laughing out of disbelief, Kyuhyun eventually stated, "I never thought that I would be eliminated, so I admit that I'm shocked. But I can't fathom how much effort these four impersonators must have put in for this day, so that they could capture the hearts of the 100 people in the audience today. I want to thank the impersonators for their hard work."

Despite the fact that Kyuhyun was eliminated in the second round, the vocal battles continued with the remaining four impersonators, with Kyuhyun participating simply for the sake up filling in for his parts.

Which impersonator do you think ultimately won the impersonation competition?

Check out clips from this week's 'Hidden Singer 7' starring Kyuhyun, above and below! 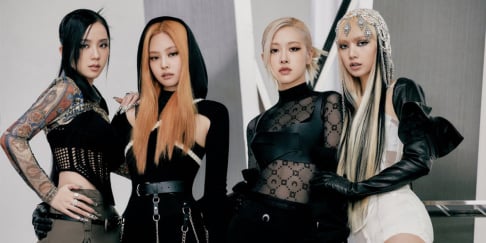 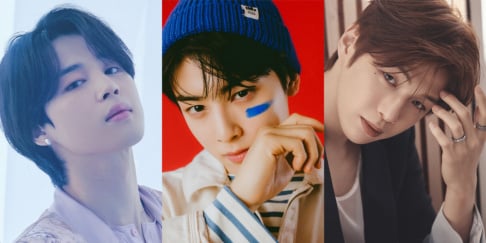 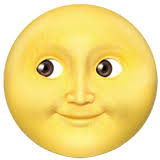 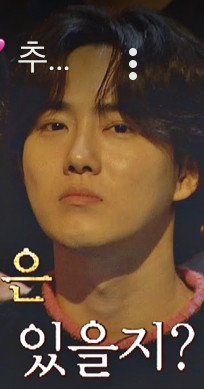 Eventually, Ryeowook's estimate was right! Artist #5 was truth be told the genuine Kyuhyun, and the vocalist was disposed of in the second round with a mind-boggling 51 votes.

"We love you Taehyung" trends on Twitter as fans flood social media with their displeasure over unfair treatment
20 hours ago   38   46,717

Jimin is the next BTS member to captivate fans with his solo photo portfolio 'Me, Myself, and Jimin'
7 minutes ago   0   171

Social media post of parents burning all of their daughters K-pop merchandise goes viral
3 days ago   144   244,865