Misc
Posted by jieun-im 25 days ago

Yoon So Hee celebrated her 30th birthday by dancing the night away at a club.

The new Playlist Studio web drama series 'PENG' depicts the story of 30-year-old Go Sa Ri (played by Yoon So Hee), who enters the second stage of her life as she leaves her suffocating life in her twenties behind. She decides to take a new approach to life and the first place she decides to visit is the nightclub. In the released teaser video, Go Sa Ri begins her life in her thirties by having the time of her life at a nightclub. Go Sa Ri's friend yells out, "Stage 2 of our lives, let's play hard!" as they dance away.

Go Sa Ri then hears from a friend that her tarot cards predict that several men will enter her life, as she begins her new life. There is her ex-boyfriend whom she dated for ten years, a younger guy she will meet for the first time, and a boss at work, and a longtime friend. Many look forward to who Go Sa Ri will choose to be her destined lover.

'PENG' will be released on Playlist Studio's official YouTube channel on October 7 at 7PM KST.

"a younger guy she will meet for the first time"

As long as he's not the usual introverted, inexperienced, boring, virgin "good" boy.

This is gonna be great. Hot girl doing what hot girls do.

BTS's Jimin leaves fans breathless and takes over Worldwide Trends with his incredible stage presence at the BTS #PTD_ON_STAGE CONCERT
4 hours ago   11   5,087

K-drama 'Jirisan' achieves the highest premiere ratings of any weekend drama and the second-highest rating overall in tvN history
3 hours ago   6   4,617

Netizens hilariously debate whether they are BamBam or Lee Young Ji when it comes to carrying bags
3 hours ago   4   5,438

LOONA's Hyunjin, Choerry and Yves meet with psychiatrist to talk about mental health and Idols stressful lifestyle
2 hours ago   12   814 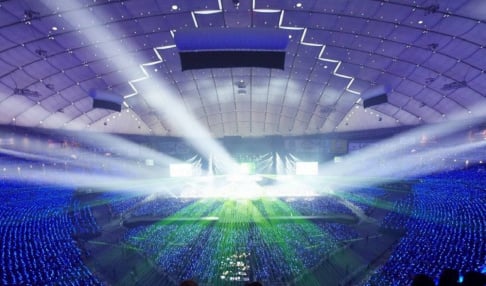 K-Pop fans discuss how supporting a 'problematic' member in the idol world can turn into an emotional rollercoaster
2 hours ago   15   3,973

Fans ask an apology from aespa's Giselle over a video that allegedly showed her lip-syncing a racial slur
1 day ago   478   102,009