Misc
Posted by danisurst 24 days ago

ONEUS has just released another video for their 'US RECORD' YouTube series!

On April 18 KST, the RBW Entertainment boy group unveiled a new video of member Ravn covering R&B artists Daniel Caesar and H.E.R's 2017 single "Best Part." In the clip, he is seen dressed down in a denim shirt and orange beanie, walking through stunning outdoor settings as his cover plays in the background. "Best Part" is not the first Daniel Caesar cover that Ravn has released for the 'US RECORD' series, having previously performed "Get You" back in February 2020.

Meanwhile, ONEUS is rumored to be joining the number of artists making comebacks in May, with industry insiders speculating the comeback will be coming mid-month.

Announcer Park Shin Young confirmed to have violated traffic rules in the crash that killed a delivery man
3 hours ago   31   12,930 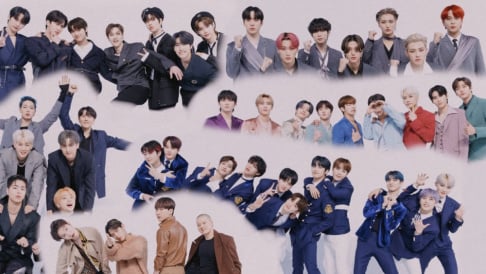 AKP BUZZ
A couple's life after winning the lottery ends in a tragedy as the wife kills her husband
1 hour ago   12   4,999

"It was a joke right?" Fans have mixed feelings over TXT Taehyun's remark, "Our happiness is directly related to album sales numbers"
1 day ago   193   32,822