Rumors
Posted by Sophie-Ha 22 days ago

There are countless rumors in the entertainment industry and always buzz about celebrities on social media. The latest rumor that surfaced is dating speculations between TXT's Yeonjun and LE SSERAFIM's Huh Yunjin.

The rumors were sparked when a fan discovered a Spotify account allegedly belonging to Huh Yunjin. The fan discovered the account under the username 'Yunny,' which is well known to be Huh Yunjin's nickname. Additionally, the fan found that there are many songs on the playlist created by 'Yunny' that are also found on Huh Yunjin's playlists that the idol shared with fans through social media.

The fan was certain the Spotify account belongs to Huh Yunjin also because of the artwork found on the profile photo. The artwork featuring two people is drawn in the style seen in the latest music video of Yunjin's second self-composed song 'I ≠ DOLL' released recently. Many fans were impressed when it was revealed that the artwork was drawn by Huh Yunjin herself.

After the account was revealed in various online communities, many began speculating that the male character in the photo is actually TXT's Yeonjun because Yeonjun was also seen with blue hair and wearing a grey hoodie at one point.

Therefore, netizens concluded that the two idols were indeed dating.

With new clues, more netizens began looking back at past instances when Yeonjun and Yunjin were seen together while filming 'Game Caterers.'

One netizen pointed out that during a line-up, Kazuha was seen standing in between Yeonjun and Yunjin at first. But then Kazuha quickly switched spots with Yunjin so that she can be standing next to Yeonjun.

This gained the attention of the infamous celebrity gossip YouTube channel Sojang and the YouTuber dug up more clues that show that Yeonjun and Hun Yunjin are allegedly dating.

The YouTuber also explained that Yeonjun and Yunjin were seen posting photos wearing similar outfits back in September.

Now there are more netizens who are certain that the two are dating. What are your thoughts on this latest dating rumor? 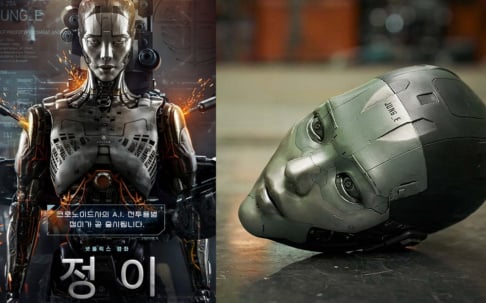 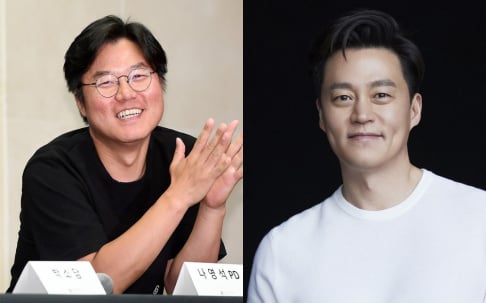 Who cares if they are. They are human and have feelings. They aren’t just your idols.

Dara says she got in trouble for not pressing elevator button for YG Entertainment head?
3 hours ago   7   9,349