South Korea is known for its many tasty dishes, so it's no surprise that many Korean recipes ended up becoming viral trends! Here are seven Korean foods that achieved global fame!

1. Dalgona: Unexpectedly becoming a viral craze, dalgona was on the minds of everyone after the famous drama series "Squid Game" aired! A tasty mixture of caramelized sugar; no wonder everyone went crazy for this sweet treat! Not only that long before dalgona candy became a thing, everyone was literally whipped for dalgona coffee. Even fellow BTS members RM and Jimin were seen whirring their whisks to get the fluffy, cream-like dalgona topping!

2. Lunchbox Cakes: These adorable mini cakes became a mega-hit, not just for the size of the cake, but for the portability and the adorable designs that came with it!

3. Rice Paper Tteokbokki: If you've struggled to try to find a supermarket that sells Korean rice cakes, well, you're in luck! Here is a great alternative! Similar in texture, rice paper is a great way to satisfy your craving for tteokbokki!

4. Corndogs: A bready coating, a dusting of sugar, and a squeeze of ketchup and mustard; Korean corndogs are on another level! Just listen to the crunch as the first bite is taken! Plus, you can't forget the alluring cheese pull!

5. Korean Fire Noodles: If you love dry noodles, this one is for you! Many came to know the iconic Korean fire noodles after the "Fire Noodle Challenge" became a trend!

6. Chapaguri: After "Parasite" became a mega hit all across the world, everyone soon became curious about the black bean noodle dish that was consumed! What makes this dish even more remarkable is the addition of the chunky steak bites!

7. Chubby Macarons: Aesthetically pleasing, these chubby macarons captured the attention of many for just how stuffed they were, and not only that, you get all these exciting flavors such as cheddar cheese, Jolly Pong, and so much more!

With so much flavor and taste in every single dish, what do you think will become the next viral Korean food item? 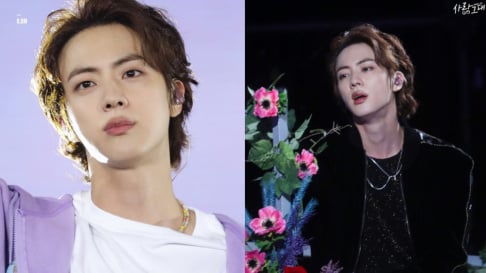 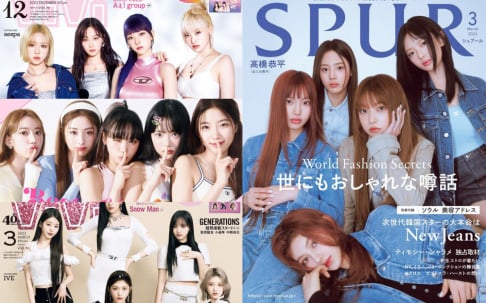 Out of the entire list I only tried 4 and 6. Some of them I have never even heard of. 😅 I know mochi donuts are popular in the US.

well the chubby macaroon and rice paper teokbboki shouldn't be called korean food invention... I think it's fusion. the macaroon is simply french cake with more stuffing and the rice paper teokbokki uses vietnamese rice paper as the base, and not much of creativity there tbh, and it's hard to argue where the invention came from since vietnamese love and adapt to many korean food for a while. I do wanna try rice paper teokbboki since regular teokbboki seems harder to cook for me... and a bit chewier? the rest is pretty cool I like dalgona a lot and the korean fire noodle and those potato and cheese corndog are so good!!!
1 (+2 / -1)
Share

AKP BUZZ
Korean netizens react to news of the United States shooting down a Chinese spy balloon
2 hours ago   21   4,970

Kang Min Kyung releases an official statement about her father who was recently arrested
4 hours ago   11   6,487

"He looks like he just finished promoting Candy," fans can't believe Baekhyun was just discharged from the military after seeing his new photos
3 hours ago   6   3,885

Male celebrities that have the most iconic elementary school pictures
3 hours ago   8   6,902

The immensely talented Korean Choreographers who crafted some of K-pop's most iconic dance moves
47 minutes ago   0   2,397

In an interview with 'Singles' magazine, Red Velvet's Wendy opens up about her career and shares her profound reflections
1 hour ago   3   1,040

Former Lovelyz member Jin apologizes for sharing how idols date each other on her YouTube channel
17 hours ago   44   28,760