The theme of the ceremony was "K-POP World Citizenship," and the sub-theme for days 1 and 2 were "The world we build together" and "We are K-POP," respectively. This year's award ceremony is the first to carry the new rebranded name of 'MAMA.' Eligible nominees released music from November 1 to October 21, 2022, and voting began on October 29 at 6 PM KST.

Even before the nominees were released, there were various discussions on online communities debating and predicting the award winners as the year-end rolled around.

This year, there were many top artists on the list of possible winners making the competition fierce once more. After the winners were announced, many K-pop fans revisited the predictions and were impressed with the accuracy.

Netizens were impressed with the winning predictions and commented, "This year was fierce too," "The predictions were correct except Xdinary Heroes," "I think they should have given the band award to Jannabi," "I agree with all the award winnings except the best band performance award," "What about (G)I-DLE?" "I thought TEMPEST would get the male rookie artist award," "I'm disappointed that (G)I-DLE didn't get any this year," "Wow, most of the predictions were correct!" and "I only have an objection for the best band performance award." 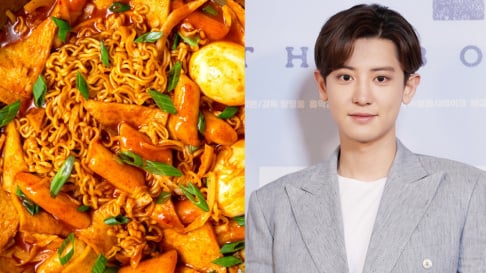 It's laughable that mnet used digital as 40% weightage in deciding the dance performance award. Dumb mnet

MAMA is a popularity contest, not a contest based on merit or skill.

NCT's Lucas expected to resume activities after his photo with SM Entertainment's CEO and an Instagram update
21 hours ago   96   46,460

NCT's Lucas expected to resume activities after his photo with SM Entertainment's CEO and an Instagram update
21 hours ago   96   46,460