Singer Younha relayed her ecstatic thoughts after winning #1 on the November 27 broadcast of SBS's 'Inkigayo' with her chart topping track, "Event Horizon".

Originally released in March of this year as the title track from Younha's 6th repackaged album 'End Theory : Final Edition', "Event Horizon" began to climb up domestic music charts in early October, some time after gaining traction by word-of-mouth from summer festival goers. Then, earlier this month on November 6, "Event Horizon" officially hit #1 on Melon's 'Top 100' for the first time, signaling its full-fledged resurgence.

Now, on November 28, Younha delivered words of gratitude through her agency C9 Entertainment after hearing the news that "Event Horizon" has won 1st place on 'Inkigayo'. The singer said, "I can't believe that I won 1st place on a major broadcasting station music show. These day, every day feels like my birthday. This is my first 'Inkigayo' trophy in 15 years. I hope that another 15 years from now, I will still be able to greet you all with good music."

With "Event Horizon", Younha has claimed her first 'Inkigayo' trophy in approximately 15-years, after her mega-hit track "Password 486" won the trophy on the SBS music program in May of 2007.

BlockBerry Creative states that if Chuu wishes to prove her innocence, she should be the one to provide 'evidence' 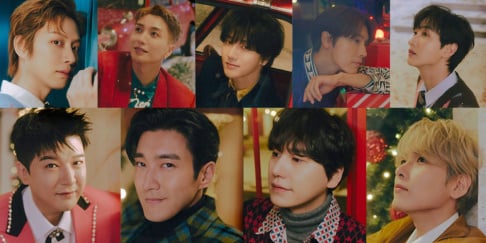 Super Junior signal their holiday comeback with 'The Road : Celebration'

I am glad that one of the best singer/songwriters in Korea is getting her due.

It's such an extremely good song! She earned this, and I know she gained new fans from this song because I became one of them when the song first came out.

LOONA’s Olivia Hye updates fans for the first time in 3 months after losing her injunction against BlockBerry Creative
50 minutes ago   2   2,410

"Why wait so long and file only after he became famous?" Netizens question the timing of sexual harassment accusations against 'Squid Game' actor O Yeong Su
2 days ago   57   28,311