Actress Jeon Hye Bin has given birth to a healthy baby boy!

According to media outlet reports on October 1, Jeon Hye Bin gave birth to a son at a hospital in Seoul back on September 30. Both the mother and child are currently healthy.

The actress has now become a mother approximately 3 years after her marriage to her non-celebrity husband in December of 2019.

Meanwhile, Jeon Hye Bin most recently greeted viewers on the small-screen in KBS2's 'Revolutionary Sisters'. Congratulations to the actress and her family! 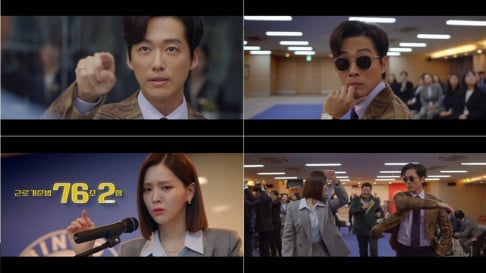 Lol this is so weird. I was literally just reading about her relationship with Lee joongi yesterday because I was watching one of his dramas. Congratulations to her tho.

Congratulations. That is wonderful.

LE SSERAFIM's Huh Yunjin says she wants to be reborn as Sakura on 'Cosmopolitan Korea'
2 hours ago   1   3,056