Park Eun Bin from the hit K-Drama series 'Extraordinary Attornery Woo' will be holding her fan meeting tour in Asia!

Namoo Actors, Eun Bin's agency, shared, "Following the passionate love of domestic fans, Park Eun Bin's first Asian fan meeting tour will be held for overseas fans who have shown a lot of reactions and attention. As it is the first time to meet with overseas fans, we are preparing to create a page of precious memories. We ask for your affectionate interest and support for the upcoming performances."

The actress' fan meeting tour in Asia will kick off in Manila, the Philippines, on October 23, followed by shows in Bangkok, Singapore, and Tokyo in November.

Meanwhile, Eun Bin's fan meeting in Manila will take place at SM SKYDOME at 6 PM; ticketing details have yet to be announced. 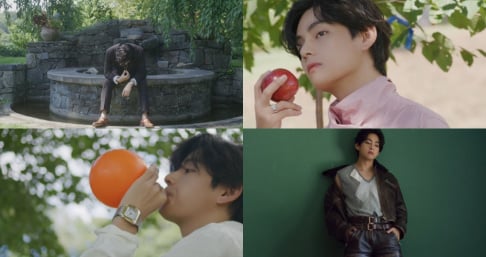 Do they get paid for fan tours or make money from it?

BLACKPINK's Jennie looks adorable next to her advertisements for perfume brand 'TAMBURINS'
2 hours ago   0   1,265