Jennie was nearly moved to tears during a recent BLACKPINK fansign event.

On September 25 KST, the BLACKPINK members held an offline fansign event at Seoul's IFC Mall to promote their 2nd full-length album 'BORN PINK.' The event was specially held for fans who had purchased the album and were selected through a lottery system, allowing them to not only get their album signed but also talk to the group in person.

After the fansign was finished, a fan took to social media to share their experience, saying that they ended their conversation with Jennie by telling her that whatever she does, her fans would stay by her side and cheer her on. "I told her to only look forward and always continue doing things in her 'Jennie way,'" the fan continued. "I told her [her way] is cool."

The fan continued that Jennie responded with "Don't make me cry!"

"From then on, I was so overwhelmed with emotions that I couldn't say anything and just kept saying 'Fighting' to Jennie, and [our portion of the fansign] ended," they continued.

The fan shared videos of the moment on Twitter, showing Jennie nodding her head at every word the fan said and maintaining eye contact before stopping to laugh and pout while saying, "Don't make me cry!" Holding back her tears, she instead expressed gratitude with a light applause.

"I was holding back my tears so much at the end that I couldn't say everything I wanted to, but it was a fansign event with no regrets," the fan concluded.

Meanwhile, Jennie later took to social media to thank the fans who attended the event, writing, "I was really, really, really happy to meet BLINK today. 🙂 I'll gather up strength and work harder in the future!!!! Thanks 🖤💕" 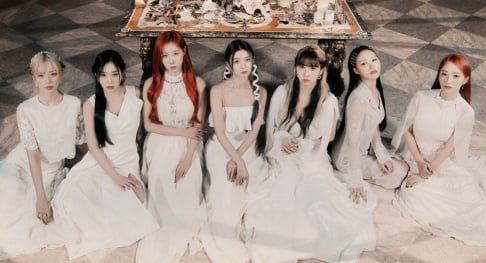 This reminds me of when the TXT fan made Soobin tear up. Just remember that fans outnumber haters, who are just a vocal minority. As much flak and slander Jennie gets, she, like all beloved idols, will always get love from her real fans.

I’m glad she said this to Jennie. In light of all the crap she’s been receiving lately, she needs to hear this. I know it made her really happy.

Controversial YouTuber Sojang claims Jinni was removed from NMIXX after being caught visiting motels with another male idol
5 hours ago   70   45,225

Jinni‘s last message to fans on Bubble has sparked speculation that she was kicked out from NMIXX
5 hours ago   16   31,101

Questions have been raised in response to Hook Entertainment's statement regarding CEO Kwon Jin Young's mobility issues
28 minutes ago   5   1,268

Jin makes history in 2022 by becoming one of the Top 3 biggest K-pop solo albums streaming debuts on Spotify in its first week, with just one track
58 minutes ago   1   368

Controversial YouTuber Sojang claims Jinni was removed from NMIXX after being caught visiting motels with another male idol
5 hours ago   70   45,225