Kim Yuna has earned the nickname "Ice Queen" for her accolades as a figure skater, and now she can add the title of "Goddess" as she adorned the covers of the September issue of Elle magazine.

The former Olympic gold medalist and world champion figure skater, who has been active as the ambassador of Dior, is seen wearing stunning dresses from the luxury brand and displaying her queen-like aura.

During the interview, she shared what it was like being a figure skater and how she has felt about retiring. Kim Yuna shared, "I have been figure skating since I was seven. And the time I figure skated until I retired certainly feels like one chapter of my life. I am now over the age of 30, and it feels like I started a new life in a sense."

The former figure skater also shared about her personal life and her relationship with those around her, saying, "I think the relationship between the people I am close to and the people I know are naturally maintained."

Meanwhile, the full pictorial and interview with Kim Yuna will be released through Elle Magazine's official website and published in the September issue of the fashion magazine. 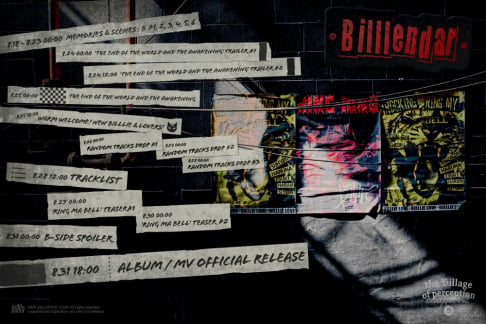 Billlie counts down to their comeback with a teaser schedule chart

She really is stunning, and I really miss her figure skating.

tvN drama 'Little Women' removed from Netflix in Vietnam due to offensive content
7 hours ago   20   13,466

Weibo rumors say that stars with foreign citizenship may soon be banned from appearing on Chinese TV programs
8 hours ago   29   12,994

Crush's recent Instagram story raises questions on whether he is referring to recent events related to ITZY Ryujin's 'V Live'
1 day ago   56   105,416