BTS's Jungkook will have a 7-day billboard ad in NYC's Times Square after setting the All-Time Highest vote record with over 3.8 Billion votes on Fanplus

Jungkook is known for his talents, vocals, and charisma, along with setting numerous records with his songs. Apart from his unparalleled music achievements, he has now set a new record on voting platforms.

Jungkook was nominated for the September Birthday Voting on Fanplus against numerous idols whose fandoms are experienced voters. He has not only won the birthday voting, followed by EXO Chen but also has set a new all-time record on the voting app Fanplus.

He has accumulated an overwhelming 3.8 Billion votes, breaking the all-time record of highest votes recorded in fanplus history with the biggest lead ever (2.15B). He also ranked #1 on the Fanplus Hall Of Fame for the highest votes in history. 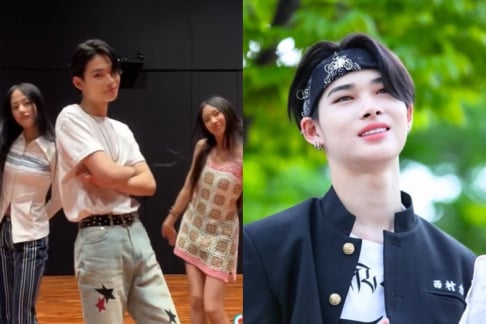 The KING deserves the World 👑

Dawn furiously calls out netizens spreading false, baseless rumors about him and HyunA
2 hours ago   8   41,309

Lee Seung Gi forwards notice of his intention to terminate his contract with Hook Entertainment
4 hours ago   9   8,784

LE SSERAFIM's Sakura shares about the Korean expression she had a hard time adjusting to
5 hours ago   8   7,395

Dawn furiously calls out netizens spreading false, baseless rumors about him and HyunA
2 hours ago   8   41,309