KAI attends a fan-event for him in London

A two-day concert full of outstanding and rising Kpop groups recently happened in London, and these artists who went overseas after a pandemic surely will stroll around to appreciate the beauty of The Big Smoke, London.

HallyuPopFest 2022’s first stop is at OVO Arena Wembley London this July 9 and 10, wherein KAI was invited to be the headliner for the event’s second day.

A day before KAI is scheduled for HallyuPopFest, Kai was already seen walking around the city with his back up dancers or his team, Team KAI.

Some lucky fans got to see him in person and even interacted with him but what makes the hearts of his fans big is that he went to see a fan project dedicated to him.

On July 11, KAI uploaded a photo as his story on his official instagram account, @zkdlin, a picture of him standing together with his big picture in front of the event place.

Haute Dolci got crowded with lots of goms (Kai's fans, "bear") who enjoyed the café while jamming to KAI songs happily. 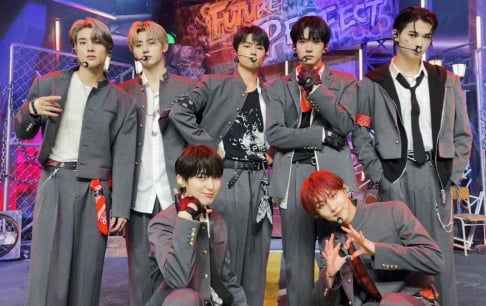 ENHYPEN receives praise from Korean netizens for their perfect synchronization 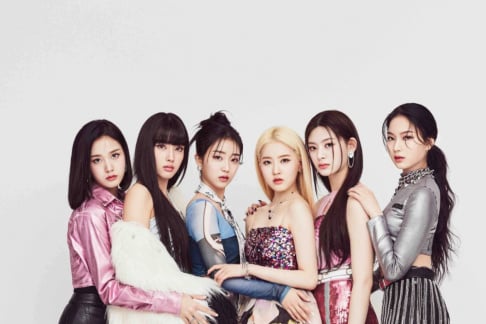 He was very sweet. Some fans requested team kai members to visit and bring kai by tagging them in the post for the event. And kai although couldn't attend the event still came a day before to visit the place and show his administration for his fans and return the love. He even posted the pic with the banner in the ig story. The project team was so happy to get recognition by kai himself. He loves his fans a lot and the fans respect him and love him for millions of reason and this is one such.

I think he didn't get to attend, he just took a picture next to the poster, I think there are pics of the moment one of his backup dancers is taking the pic.

There's so much praise for the wonderful 4th-generation girl group collaboration performance at the 2022 MAMA Awards!
2 hours ago   13   3,595

Bang Si Hyuk alleged to have removed NewJeans' stylists after the group's performance at the 'Blue Dragon Film Awards'
3 hours ago   9   22,719

YG Entertainment's sub-label THEBLACKLABEL to hold an audition for its first girl group
4 hours ago   19   3,688

Jung Kyung Ho candidly talks about his relationship with Sooyoung and their marriage plans
20 minutes ago   0   2,281

Actor Couples and Pairs that showcased chemistry more than once
1 hour ago   0   1,310