ATEEZ selected to be the global ambassadors for skincare brand Mernel

Mernel, which means eternal sea, is a skincare brand that provides systematic skin solutions. ATEEZ has been selected as global ambassadors, with the group's intense and unique artist image being suitable for its brand identity. The group signed an exclusive model contract with Mernel on July 14.

As ATEEZ recently completed the world tour and proved its global popularity, the group plans to continue various promotions such as becoming the model for Mernel. The group will promote the skincare brand in various parts of the world, including China, Japan, Thailand, Vietnam, Malaysia, North America, Europe, and more.

ATEEZ is showing its unrivaled presence with powerful and intense stage performances and is receiving favorable reviews in Korea and overseas for its high-quality music and performances. As ATEEZ has a strong fandom not only in Korea but also in Asia, the US, and Europe. It is expected that the group will greatly contribute to improving Mernel's brand recognition and reliability.

The World Arena Tour, which started in Seoul last January, received a warm response from all over the world with 17 performances in 12 cities in total, including Chicago, Atlanta, Newark, Dallas, Los Angeles, Madrid, London, Paris, Berlin, and Amsterdam. From July 16th to 18th. Additionally, the first Japanese solo concert, 'The Fellowship: Beginning of the End in Japan,' will be held at 'Pia Arena MM' in Yokohama, Japan.

On the other hand, ATEEZ, who was selected as Mernel Global Ambassador, will release the new album 'THE WORLD EP.1: MOVEMENT' at 1 pm on the 29th. 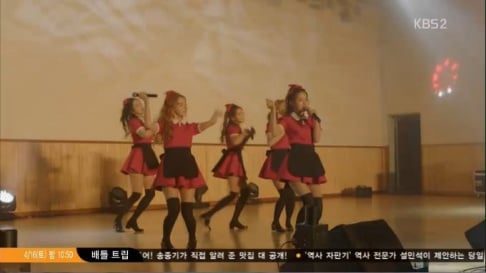 Idol Stars that made a Cameo in K-Dramas 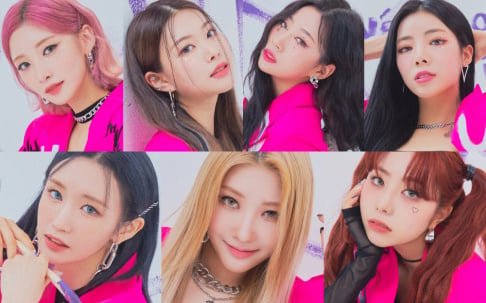 PURPLE K!SS continues to gear up to head to 'Geekyland' in new individual teaser photos

Will NMIXX be able to win the 'Rookie of the Year' award like their sunbae artists from JYP Entertainment?
2 hours ago   32   4,538

What K-Netizens are saying about CNN's article, "Why Western women are heading to South Korea in search of love"
5 hours ago   33   8,540

TWICE is ready to make an impression with a new set of individual and group teaser photos for their upcoming 11th mini-album 'Between 1&2'
6 hours ago   32   5,053

On Indian Independence day, an Indian teacher caught threatening a student over being a fan of "lipstick-wearing" BTS-- sparks debate on toxic anti-fan culture in India
22 hours ago   141   70,933

NewJeans' Minji rejected a personal offer from Lee Soo Man to become the center of an SM Entertainment group
1 day ago   90   107,967