KINGDOM is one step closer to their comeback with 'History Of KINGDOM: Part IV. Dann'.

On March 14 at midnight KST, the boys unveiled their tracklist for their upcoming 4th mini-album. According to the released tracklist, 'History Of KINGDOM: Part IV. Dann' will feature a total of 7 tracks including the title song "Ascension", "Intro : 宮 (Palace)", "Blinder", "Illusion", "Appetite", "Promise", and the instrumental version of "Ascension".

KINGDOM will be releasing their album 'History Of KINGDOM: Part IV. Dann' and music video on March 17 at 6 PM KST.

We can all remember how confusing the tracklist was for "Black Crown", because they used Russian letters in place of English ones (the comeback focused on the member Ivan, who represents the Russian monarch Ivan the Terrible), so it felt like you were having a stroke while trying to read the words 🤣 This one is much easier to read, though we all misread "Appetite" as something relating to apples lol. I am very excited for the new album to drop! From the teaser, "Ascension" sounds amazing! 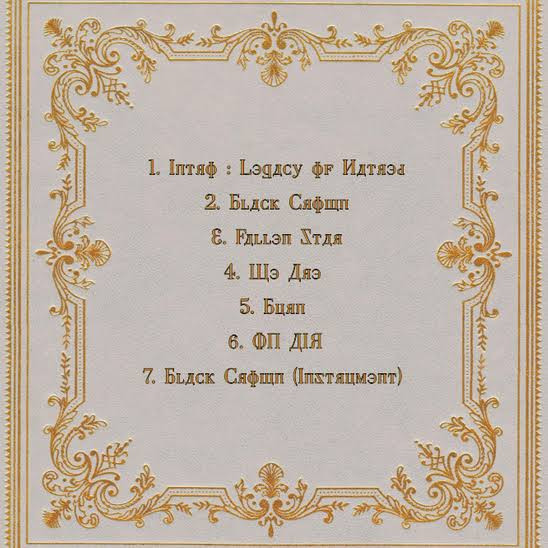 Netizens get chills at the similarities between Kim Sae Ron & Lizzy's DUI incidents
4 hours ago   7   29,616

BTS's Jin shares his love for fans once again through the 'Proof of Inspiration' teaser for the anthology album 'Proof'
2 days ago   57   4,660