In the fast-paced world of K-pop, it can be easy for some groups to get forgotten in the busy news cycle. Still, there are plenty of hidden gems to be found if you look for them. Today, let’s explore some girl groups that deserve more attention for their great music and cool performances.

You might know GWSN from their hit 2020 song “BAZOOKA!,” but the group is more than a one-hit-wonder. Since debuting in 2018 under Kiwi Pop (now The Wave Music), GWSN has been creating unique pop tracks. Give their song “Puzzle Moon” a listen if you like chill, danceable beats, or check out the "Pinky Star (RUN)" music video to enjoy the group's cool style and concepts.

There’s no better time to get into PURPLE K!SS than now! Recently, the girl group released a fun and eerie teaser video for their upcoming mini-album "memeM." Set for release on March 29, the album will include seven songs. Check out the tracklist here. We’re excited for the group to dive into the witchy concept introduced in the teaser video!

Hi-L made a strong debut in 2021 with the EP "Go High." Especially for a first release, “Go High” is memorable and catchy. Just one listen to "Too Too (22)" or "Beautiful Night" will get you hooked on this exciting new group. Formed under Kpop Live Entertainment, the group consists of six members, Lee Jin, Soo Jung, Da-Kyung, Joo A, Ha Yun, and Ye Seul.

If you’re looking for music with a cool, chill vibe, check out GIRLKIND. The group debuted in 2018 with the song "FANCI” and currently consists of four members (JK, Medic Jin, Xeheun, and Ellyn.) While GIRLKIND doesn’t have many releases, their singles “Psycho4U” and "Future (퓨쳐)" are atmospheric songs that showcase the group’s unique vocal quality.

Like GIRLKIND, lilli lilli hasn’t released many tracks, but their 2021 debut single “BARCODE'' was so good you’ll be wanting to hear more soon. Lilli lilli is a duo under Entertainment Han featuring members Luce and Grita. Their only other release so far is the delicate OST song "You Are My Destiny." Be on the lookout for more from this interesting duo!

Personally, I'd like to add "Pink Fantasy" to the list. Aside from the initial hype of them having a masked member faded out, I don't hear many people talk about them anymore. They have since carried a much darker, more horror concept than they initially had and I think it's awesome.

So happy to see Purple Kiss mentioned! They are phenomenally talented -- even their main dancers have amazing vocals. And their group identity is quirky in a really genuine way.

Netizens get chills at the similarities between Kim Sae Ron & Lizzy's DUI incidents
3 hours ago   7   24,197

The reason why Super Junior's Heechul is always praised every time there is news about a celebrity DUI
8 hours ago   19   48,452 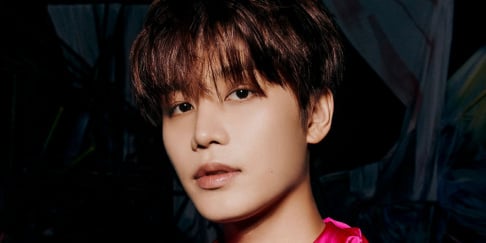 BTS's Jin shares his love for fans once again through the 'Proof of Inspiration' teaser for the anthology album 'Proof'
2 days ago   57   4,602