In a recent interview, the producer revealed that the production team has decided not to pick a new member to replace Lee Kwang Soo after he leaves the show.

In addition, reporter Lee Jin Ho revealed the detailed reasons why the 'Running Man' crew has decided not to add a new member. The former entertainment reporter explained that he had personally confirmed the reasons and elaborated through his YouTube channel.

The reporter explained, "In fact, Lee Kwang Soo is a key figure in Running Man. He was the one who brought tension to each episode and he was a very talented member. He had a sense of humor and individual skills that brought the entertainment aspect to life on the show."

Reporter Lee Jin Ho continued to say, "If Lee Kwang Soo leaves, the 8-member team will become 7-members, which is an uneven number. So the show might need to add an impressive new member. But why is the production team not making their move? The reason can be seen when two new members Yang Se Chan and Jeon So Min were added in 2017. At that time, the addition of the new members was an inevitable choice for the production team."

The reporter explained that the 'Running Man' cast's morale was extremely low after Gary decided to leave the show. He explained, "Despite, Yoo Jae Suk and Lee Kwang Soo trying to set the mood, they struggled to make much effect. As the teamwork began collapsing, there were even rumors that the show will be canceled. So the production team made the decision to add two new members to overcome this crisis. Therefore, Jeon So Min and Yang Se Chan were added."

The addition of these two new members was a success in the end as both Jeon So Min and Yang Se Chan were able to settle in the group with their own unique characters. They were able to deliver much laughter as they took on the role of 'Business couple' and gave a boost to 'Running Man.' The reporter explained, "The two harmonized well with the existing member, reviving the 'Running Man' teamwork."

However, there was an issue with the difference in popularity between the new members and the existing members. In particular, there was a strong backlash from the fandom overseas. 'Running Man' has been known to be more popular abroad than in South Korea. Therefore, many international fans were not happy with the addition of the new members.

The reporter explained, "Since Jeon So Min was added as a new member, Song Ji Hyo's portion of the broadcast was decreased and the show highlighted Jeon So Min. This lead to growing complaints from overseas fans. The fan began taking collective action against Jeon So Min as they terrorized her social media account by sending her direct messages telling her to leave the show." This issue added tremendous pressure to the production team.

Reporter Lee Jin Ho revealed that this was the biggest reason the 'Running Man' production team is hesitant about adding a new member. He elaborated, "When the issue of fans of existing members having a problem with the new members is not completely over, the input of another member can simply spark a new conflict. In the end, 'Running Man' has decided to strengthen the chemistry of the existing members." 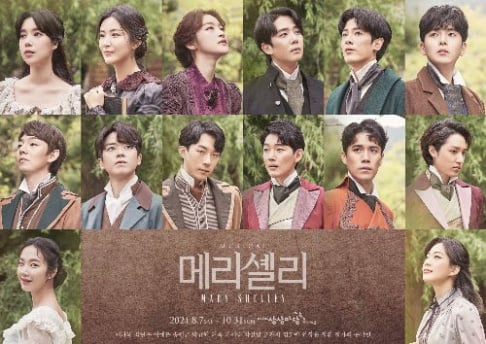 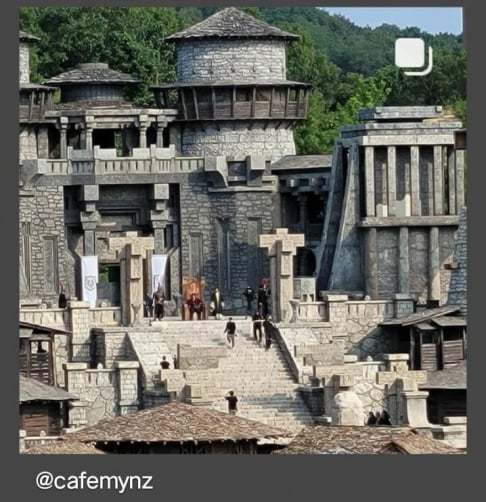 This is why Song Joong Ki is growing out his hair? 'Arthdal Chronicles' is rumored to have started filming for Season 2

I know Lee Kwang Soo health is important but what if he gets better after a year or two, I think they should leave the door open and allow him to come back thus not adding new members will allow that chance, its a wishful thoughts.

I've been a Running Man fan for a long time now and I agree with what this reporter had to say. So Min and Se Chan joined 5 months after Gary left and they got a ton of hate. So Min was said to be the reason why Ji Hyo got less screen time by the i-fans but I never saw it that way (the transition to less physical games reduced the Ace Ji Hyo moments while Monday Couple was also done even before Gary left). Even Se Chan gets some hate to this day when people say that he's useless or he has no real character on the show.

Gary was my favorite member on RM but when you try and replace someone like Kwang Soo who is extremely unique (icon of misfortune, icon of betrayal, etc.), you're going to have a lot of expectations from the fans that will most likely disappoint them. The addition of a new cast member would probably be inevitable at some point but if Se Chan and So Min got hate for joining the show 5 months after Gary left, I'm sure the new member would get a lot more hate if they were to join even just a month from now.

BLACKPINK is trending around the world again and they look amazing in a new video shared by YG Entertainment
2 hours ago   6   3,788

Breaking down the barriers as trailblazers for K-pop: The long-list of BTS's achievements In The U.S.
39 minutes ago   2   442

Is BLACKPINK coming to your area? Check out the dates and locations of BLACKPINK's upcoming 'BORN PINK' world tour
7 hours ago   55   32,632

Red Velvet's Yeri responds to a controversial YouTube channel which accused her of having 'Jennie Disease'
1 day ago   58   92,061