Netizens talk about which 'Kingdom' team has the best logo

In the introduction video, each group's logo incorporates a king's crown in some form. Check out the logos in detail below.

Which logo do you think is the best? Some netizens said:

"Why did The Boyz's logo suddenly turn so princess-y kekekeke."

"I'm sorry. I'm an iKonic and that's not the right logo... but whatever. A for effort."

"Stray Kids's maintains that graffiti feeling. I like that."

"ATEEZ's crown is on fire. I think it's related to their universe somehow..."

"I like the simpler styles in BTOB and iKON's logos."

"I personally prefer the SF9 one kekekeke."

"I remember ATEEZ had that logo on the flag during their 'MAMA' performance."

Will you be tuning in to the upcoming introduction live performances of 'Kingdom: Legendary War', airing on February 23 at 8 PM KST?

"Stray Kids's maintains that graffiti feeling. I like that."

This! Not a fan/follower of that group, but it fits so well.

I like SF9 and Ateez the most I think. I do like that BtoB's looks like it's part of the original logo. Like if you showed me that without the others, I just think it was their normal logo.

Minister of Culture, Sports, and Tourism says, "I will definitely write a recommendation for BTS to postpone their enlistment"
7 hours ago   73   8,440

AKP BUZZ
Netizens are speechless as the late Son Jung Min's father continues the lawsuit against his son's friend
6 hours ago   13   11,062 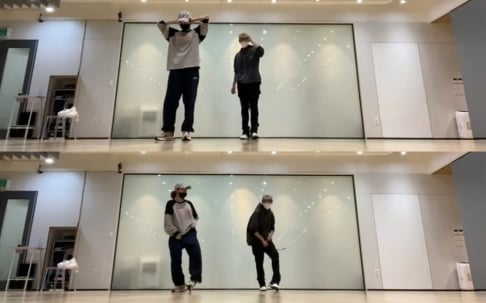 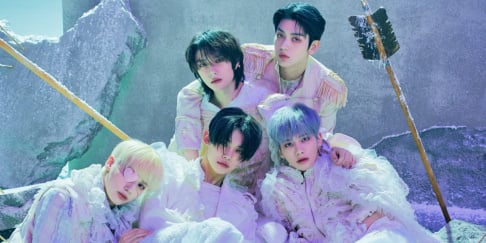 Minister of Culture, Sports, and Tourism says, "I will definitely write a recommendation for BTS to postpone their enlistment"
7 hours ago   73   8,440

aespa's 'Next Level' dance practice video under fire for alleged sexualization of office workers
16 hours ago   125   41,869

Aespa fans furious as the girl group's MelOn profile is terrorized by trolls after reaching number 1
1 day ago   181   23,189