Bae Suzy is rumored to be a cast member for the MCU (Marvel Cinematic Universe)?

Bae Suzy or who is familiarly called Suzy was a hot topic among netizens, especially Korean drama lovers. Several mainstream news sites have recently suggested Suzy as being possible candidates by the Marvel Cinematic Universe (MCU). The rumor is that she is considered for the role of the superhero Silk. It is also rumored that the other candidate who will play Cindy Moon in Marvel Superhero: Silk is Park So Dam, but between So Dam and Suzy both have yet to confirm the rumors.

The role of Silk or known as Cindy Moon is a Korean-American superhero who has spiderman-like abilities. Cindy Moon's character manifests for the same reason as Peter Parker, after being bitten by a radioactive spider, then afterward has the ability to make cobwebs from their hands. There are differences between Spider-Man and Silk, Peter Parker (Spider-Man) trains his cobweb skills individually, while Cindy Moon (Silk) is locked up, and trained by Ezekiel Sims.

On the other hand, besides the news about Suzy being a candidate for Superhero Silk, there is another similar rumor that she is also a candidate as another MCU superhero named Luna Snow. This rumor is supported by existing data in the IMDb database. In a list of data released on "Ideas for the cast of future MCU projects", featuring a photo of Suzy along with a short biography as well as a caption which means she's a superhero candidate of Luna Snow.

So what can Luna do with her powers? A lot. Turns out, ice can come in pretty handy when fighting a range of super-powered Super-Villains! Luna can create ice blasts and construct weapons out of ice, she can survive extremely cold temperatures, and her Andromeda Suit gives her some excellent power-ups.

Stay tuned to see if the rumors become reality and if Suzy joins the Marvel Cinematic Universe. 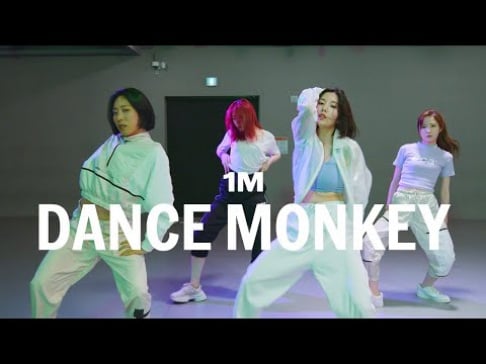 xd lmao This is the most stup*d and biased article of this year, with just dumb rumors made by fans for dumb suzy fans. lmao!

ppl know that Suzy can't speak English, she is an airhead, Her acting still needs to improve a lot.

The IMDB list is a fan wishlist. Literally anyone can and do create them about anything. The same person also made a list of sad movies and who should be in Marvel and DC movies. Casting directors don't make public lists on IMDB. If they did agents from CAA, WME, ICM and more would be constantly harassing them to get actors cast.

If you need even more proof their listing for casting movies includes upcoming ones with full synopsis and company info. Looks real/professional right? Kicker is they also included final full detail age rating info about Guardians of the Galaxy 3 for example. Only that will begin production on February 1, 2021 in Atlanta, Georgia. So given it's an editing decision how much gore etc is seen on screen AFTER the filming has completed it's literally impossible to know exactly what it will be beforehand even if you have a goal.

It'd be nice to see Suzy in the MCU but I'd take random news rumours like this with a bucket of salt.

Fromis_9 members and Pentagon's Wooseok allegedly seen entering a room bar together in Hongdae
17 hours ago   92   69,448

IVE members share a spoiler for their comeback on their way to film 'Knowing Brothers'
7 hours ago   14   5,370

Fromis_9 members and Pentagon's Wooseok allegedly seen entering a room bar together in Hongdae
17 hours ago   92   69,448

Famous girl group member 'A' allegedly spotted outside the residence of major agency boy group member 'B'
1 day ago   84   99,983

Will NMIXX be able to win the 'Rookie of the Year' award like their sunbae artists from JYP Entertainment?
2 days ago   94   25,911

What K-Netizens are saying about CNN's article, "Why Western women are heading to South Korea in search of love"
2 days ago   71   18,897