Kian84 edits his webtoon after controversy over a misogynistic scene

Webtoon artist and TV personality, Kian84, has been involved in a controversy over a misogynistic scene in his webtoon 'Bokhakwang' (King of Returning to School).

Many netizens have left criticizing comments on the webtoon and some even made a Blue House petition and national complaint center petition requesting the webtoon to be taken down.

The webtoon episode that has become the center of this controversy is episode 304, which was recently uploaded on August 11th. In the episode, the female protagonist, Bong Ji Eun, is an intern who is having dinner with the company she wants to be hired for and is seen breaking a clam. She had the clam over her stomach as she uses a brick to slam the clam just as an otter would. The narration on that scene states, "It's not about diligence. It's not about where she graduated from, or her background, nor experience...The cells of her body want to do the work." Then, the female protagonist is seen entering into the company with the caption "Bong Ji Eun, makes the final cut for the company."

A few readers criticized that this scene alludes to the female protagonist having sexual intercourse with the male supervisor of the company to get the job. In the previous episode 303, the female protagonist is seen ridiculed by a male coworker who states, "Who would pick you?" In the comments voted best, readers wrote, "So is the conclusion that Bong Ji Eun who is incapable dates one of the executives and enters into a large conglomerate company?", and "Is Bong Ji Eun going to sell her body to become an official employee?" as the rage of readers and netizens increase.

As the controversy increased, the scene now has been edited to the female protagonist breaking the shell of a crab on the table.

The rage of the netizens increased and now there has been a petition created in the Blue House bulletin board and on the national complaint center website. The netizens are requesting that the webtoon be stopped from being published as the petitioner criticizes Kian84. The petitioner stated that "The webtoon artist alluded to the female protagonist having sexual intercourse with a superior who is twenty years older than her to enter into the company. This is a preposterous scene that is portrayed in the webtoon series. The webtoon artist is quite famous with the webtoon having much popularity among readers of all ages. This webtoon artist was constantly involved in controversies in the past as well. Therefore, this issue must not be taken lightly."

"He had various controversies over his webtoon. He drew things that were discriminatory towards disabled people and was racist before. I was curious how he was able to continue to draw."

"I guess it's the artist's freedom of expression. It's just a webtoon and it's fiction. I don't understand the need for a national petition."

"I wonder if Kian84 knows that what he draws in misogynistic, racist, and discriminatory?"

"This isn't the first time for such controversy over his work. Ridiculous."

"I guess it's the artist's freedom of expression. It's just a webtoon and it's fiction. I don't understand the need for a national petition."

Yeah I don't agree with what is being suggested in that scene, but this is happening in a work of fiction. Do you really need to have someone edit the comic and then form a petition about it? Have a discussion about it, talk about the harmful stereotypes, educate people about sexism and misogyny. But you don't need to infringe on people's freedom of speech to do this.

I'm confused, so basically they wrote a national petition about a fictional comic??? SKnetz really have no serious life issues.

So what if he wants to write about someone that DID sleep her way in. That doesnt mean ALL women sleep their way in??

IMO its not misogynistic unless the artist actually makes a comment outside fiction against women.

I believe creators should have freedom of expression, it's up to you to not read their works...

SHINee's Taemin captured saluting & happily playing the piano inside his military training base
6 hours ago   25   77,435

STAYC reveals their dorm recently got upgraded to a bigger place on 'Kim Shin Young's Noon Song of Hope'
4 hours ago   5   3,733

Lee Sung Kyung opens up about growing up poor contrary to everyone's expectations
5 hours ago   11   13,132 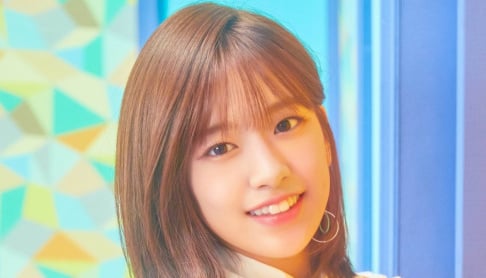 Netizens show mixed reactions to BLACKPINK member Rose's eye makeup at the Met Gala + wonder if it's a popular trend in the United States
1 day ago   140   60,223