BLACKPINK celebrates their fourth anniversary with their fandom 'BLINK'

BLACKPINK members celebrated their fourth anniversary since their debut with their fandom 'BLINK'.

BLACKPINK made their debut on August 8th back in 2016 and they're celebrating their fourth anniversary. Even before their debut, the group received much interest and love from netizens. They made debut with their single album 'Square One' that included the popular tracks such as "Whistle" and "Boombayah".

They have set many records and prove to be one of the most popular girl idol groups in Korea.

As August 8th came about in Korea, the members celebrate their fourth-anniversary as each member posted photos commemorating this day. Many fans also expressed their congratulatory messages on social media such as Twitter.

Jisoo's Caption: "Already time as passed and it's the fourth anniversary of BLACKPINK. I will always love and thank our BLINK who are always by our side. We feel supported just with your existence. I also love my members so so much. BLACKPINK 4ever BLINK"

My queens They are the best among other groups

To Blackpink, Please stay healthy, safe and happy. Thanks for inspiring us. I'll never stop loving you queens! 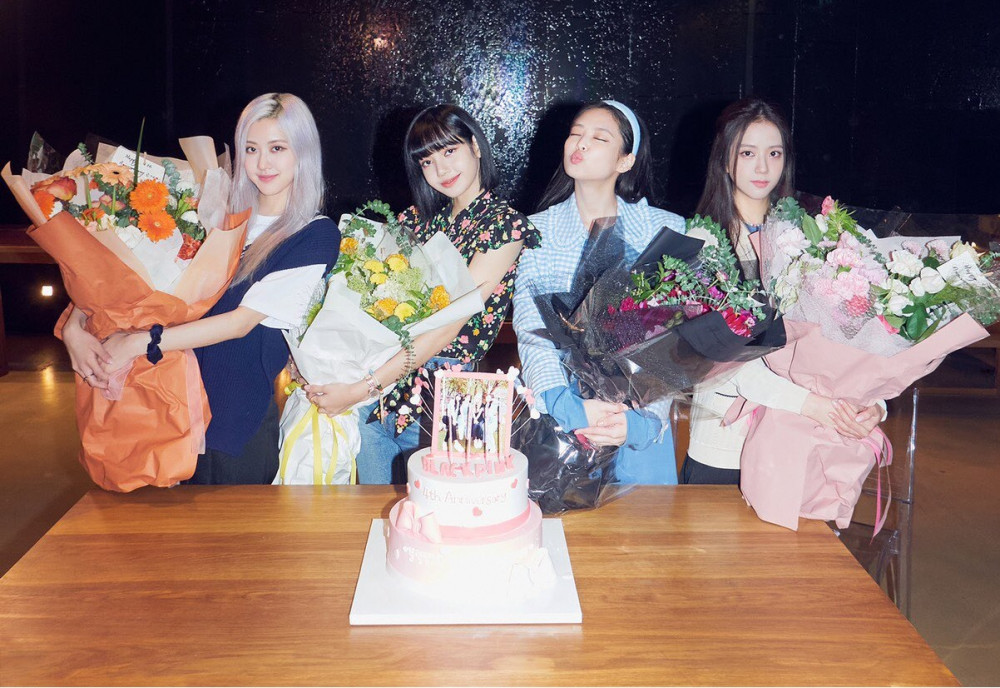 [TW] Person claiming to be Hyunjoo's little brother says she left April because she was bullied by the members to the point where she got suicidal
5 hours ago   38   19,612

Jungkook voted the idol who relays emotion the best through his handwriting
8 hours ago   35   6,638

Second accuser, owner of 'The North Face' jacket, reveals they were also asked to meet with Cube Entertainment reps
18 hours ago   55   45,737

Stray Kids's Hyunjin once again personally apologizes to his former classmates in a handwritten letter
2 days ago   125   26,733