SM Entertainment announced the unit debut of Irene and Seulgi earlier this year. Although there was news of the delay of their debut a few weeks earlier, they were back on track sooner than what fans thought. Since then, they have been periodically releasing teaser images and videos.

Both Irene and Seulgi look polished and chic as they both pose in front of the camera. In this teaser image, the concept differs from the usual cute, bubbly, and fresh image that Red Velvet is known for.

The high contrast lighting between light and darkness in the background accentuates the girls' features and poses. Their sleek black hair highlights their already porcelain skin.

Stay tuned for the full release on July 6 KST.

Omg my wig is gone

All Witnesses Denied Seungri Involvement, Saying Police Tried To Force Them Against Seungri
16 hours ago   120   24,386

One of the most hated first generation K-Pop idol groups opens up about their experience
20 hours ago   39   42,674 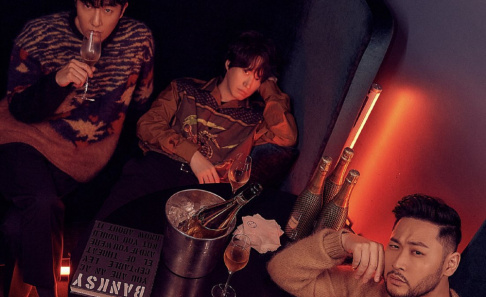 All Witnesses Denied Seungri Involvement, Saying Police Tried To Force Them Against Seungri
16 hours ago   120   24,386