Giriboy expresses that his dream is to work for SM Entertainment

Rapper Giriboy stated that his dream was to work at SM Entertainment.

He appeared on the February 5 broadcast of 'Radio Star' where he stated that he sincerely wanted to work at the label and even revealed that they had contacted him in the past. He is currently the top earner at his label Just Music and stated that "many people think that it's a joke but I really want to work for them. I love SM's style. They even contacted me in the past! I'm almost there."

What do you think will happen?

Yeah, I remember reading an article that said he was written songs and sent them to SM but they didn't accept them. From what I remember, he said they mainly took songs from international songwriters.

Ham So Won decides to get her daughter tested for autism after reading critical comments from netizens
3 hours ago   25   13,318

2PM's Nichkhun files for an injunction against his stalker but was rejected by the court
5 hours ago   17   5,712 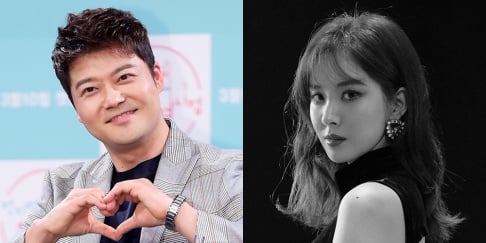 ARMYs are saying BTS was robbed and should've been nominated in more categories for The GRAMMYs especially 'Album of the year'
6 hours ago   66   10,967