KPOP Titans BTS, since they spread their wings in Japan, has proven that they are fan favorites with their sold out concerts and Merchandises. Owing to this and soaring popularity of BTS V in Japan, in recently held Japan Fan meet, BTS MD were a huge success.

When it comes to merchandises, BTS V’s selling out capacity is no joke as his merches mostly seem to be sold out on regional and international platform. The initial stock of goods brought in of each members varies as per the past sales data analysis. In Japan, it being “taetae land”, the initially brought in inventory of V was one of highest.

Even though BTS V had highest number of goods in stock initially, it was totally sold out first before any other members'.

All the MD {quantity：15,750 units} were sold out in mere 39 minutes, which reflected the high popularity of V around the world

The MDs, according to locals were so cute that the talks of it made Keyword “Taehyung” (BTS V’s real name) Yahoo Hot Search Topic.

No doubt fans around the world are going gaga over these cute MDs. BTS V’s popularity knows no bound.

Hong Jin Young's sister Hong Sun Young responds to netizen's message telling her not to appear on television
6 hours ago   41   17,867

Seungri will be under trial for eight offenses, including sex trafficking, at the Ground Operations Command
9 hours ago   150   24,970 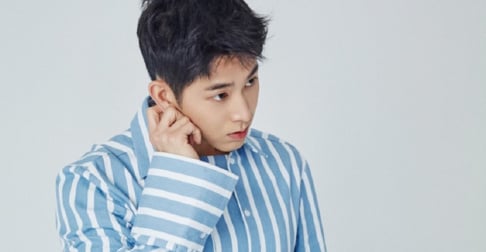 Seungri will be under trial for eight offenses, including sex trafficking, at the Ground Operations Command
9 hours ago   150   24,970