100% members Rokhyun and Chanyong have officially enlisted in the military.

According to their agency TOP Media, both members enlisted on July 15, entering through two different army training centers in the Gangwon province.

Rokhyun and Chanyong made a final greeting to fans through 100%'s official Twitter account, captioning a picture of the two standing side-by-side with matching buzzed haircuts with: "It suits us, right? We will return in good health. Perfection [100%'s fans] also be well. We'll meet [again] quickly."

Meanwhile, 100% held a final fan meeting before their enlistment in Seoul on July 14.

i can't believe it's already their time 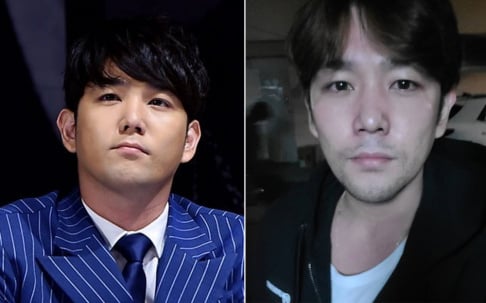 Netizens wonder if former Super Junior member Kangin is sick as he is almost unrecognizable due to massive weight loss
5 hours ago   15   13,324

Is Rain having another child? Rain announces he has a special announcement for everyone tomorrow
56 minutes ago   0   760

A beautiful clip of BTS's Jimin dancing gracefully in the rain in New York's Times Square is captured by a journalist and attracts attention
8 hours ago   18   11,492

Jungkook revealed to recently have sold his apartment at the Seoul Forest Trimage
17 hours ago   52   68,067