Kush, who is well known as a producer from YG Entertainment, is brought to trial for possession and use of cocaine.

The prosecutor demanded 5 years of penal servitude and an 875,000 KRW (777 USD) fine for Kush, and stated, "Kush has snorted cocaine through his nose for a total of 7 times. He has purchased cocaine 2 times, and also attempted (but failed) to purchase one time."

Kush's legal representative admitted to the crime but asked for forgiveness, stating, "The defendant has started producing at a young age of 16 and continued his promotions in entertainment as a member of Stony Skunk and more for many years. He entered the entertainment industry at a young age and promoted alone at the age of 20. He experienced extreme anxiety and stress during this process."

Kush's legal rep continued, "He has been suffering from anxiety disorder and depression. He tried to overcome it through treatment but his depression only worsened and he also couldn't sleep due to insomnia," and said,  "In November 2017, the defendant couldn't resist the persistent temptation from a close peer and committed the crime. The defendant is regretting on failing to reject the offer as he was lured into it as being good for depression and insomnia."

The rep emphasized, "The defendant has been transferred to the emergency room due to various pains. He has even attempted suicide and received mental treatment."

Kush also shared a comment himself, and stated, "I have nothing much to say. I deeply realized what's important to me and how I should act through this incident. I apologize and I hope I can pay for my wrongdoing throughout my entire life. Thank you."

Kush's sentence will be announced on March 18.

He needs treatment not jail.

wtf drugs just worsen mental problems -.- how did they come up with that excuse...

Netizens are baffled at this guy who is running for Congress in Florida calling K-pop "foreign propaganda" and BTS "Big Time Socialists"
9 hours ago   137   21,892

Stan magnet BTS V's nod of approval to a fan's ARSD proves being a fan has no age limit and his irresistible mass appeal
6 hours ago   9   4,138 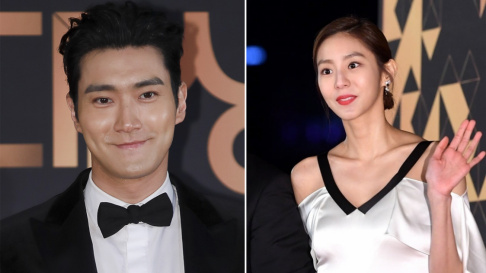 UEE shares her favorable experiences of filming with fellow singer Choi Siwon in their new project 'SF8'
2 hours ago   0   1,414

Stan magnet BTS V's nod of approval to a fan's ARSD proves being a fan has no age limit and his irresistible mass appeal
6 hours ago   9   4,138

Netizens talk about this father who appeared at his daughter's college entrance exams with a banner of BTS's Jin
8 hours ago   22   8,994

Netizens are baffled at this guy who is running for Congress in Florida calling K-pop "foreign propaganda" and BTS "Big Time Socialists"
9 hours ago   137   21,892