The controversy surrounding the 'Burning Sun' club continues to explode.

Police have begun an internal investigation into sexual intercourse images that are believed to have been filmed in the club's VIP room and Seungri is receiving a lot of heat for making a post promoting his overseas fan meeting on SNS.

On February 8th, Lee Mun-ho CEO of Burning Sun said in an interview with Asia Economy, "Recently there's been a video circulating the internet and we don't know how it was leaked," Lee said. "We decided to close the controversial VIP room, however, regarding the suspicion of drug use at the club we are planning to sue all the employees who raised allegations. Everything except the assault is unfounded rumors."

As the controversy grew the Police also launched an internal investigation. An official from the Cyber Investigation Service of the Seoul Metropolitan Police Agency said on the 8th, "We are currently investigating the video circulating on the internet. We are planning to look at how the video was leaked and whether the images shown in the video are correct." The Burning Sun incident that originally began over an assault charge has spread to various disturbing allegations including collusion with police, prostitution, and drug suspicions.

"I was not at the scene at the time, I only heard about the incident from a staff a few days later," Seungri shared on his Instagram on the 2nd. "I was shocked to see the video of the situation through the media. I sincerely apologize to the victim who was hurt by this incident and I apologize and hope that his mind and body wounds will heal as soon as possible." However, the suspicions that have been raised through the media didn't give a clear answer and raised the public's doubts even more.

As the sex videos circulated and the public's distrust grew, Seungri shared a poster promoting his Jakarta fan meeting on his Instagram on the 8th. Seungri had said that he would be responsible from the beginning however after 5 days of no activity the public is expressing anger about him promoting his fan meeting saying, "Is this the attitude of someone taking responsibility?"

OMFG GET OVER IT! HE WASNT INVOLVED

Informant A reveals that BTS Suga was well aware it was Jim Jones' speech and intentionally sampled it for his mixtape
20 hours ago   192   35,846 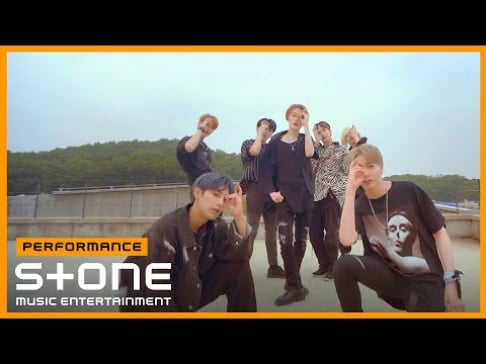 Informant A reveals that BTS Suga was well aware it was Jim Jones' speech and intentionally sampled it for his mixtape
20 hours ago   192   35,846

Big Hit Entertainment reiterates earlier statement of response to speech sample used in 'What Do You Think?'
11 hours ago   121   31,655