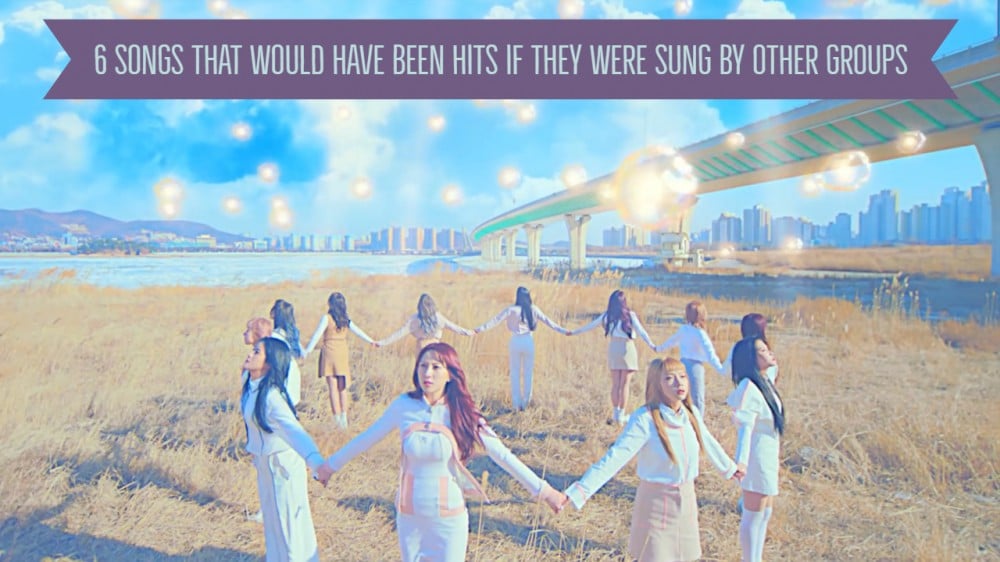 We won't lie, when it comes to popular K-Pop songs, the most dominant and widely known groups tend to be more popular over the lesser known groups' tracks. However, the lesser known groups also have great songs and if they were given to more popular groups, they would have probably been hits. With that being said, there are a number of really great K-Pop songs that just didn't fare too well because the groups they belonged to weren't as popular as their musical counterparts. Here are 6 songs that could have been K-Pop staple songs if given to a group with more reach and influence:

"Hurt Locker" showcases a lot of great vocal ability and a catchy hook. Not to mention, a characteristic girl group choreography. We think that a group like TWICE would take this song to the next level.

Subin's reach as a solo female vocalist is pretty expansive, yet this song still is fairly underrated in the grand scheme of the charts. Her gorgeous timbre is a must-listen if you're unfamiliar with this track. If IU was the performer, this song would be popping off on the Melon Charts without a doubt.

Four members? Powerful vocals? Remind you of a group you know? How about SISTAR! BESTie rocks this song, but if they gave this track to SISTAR, it would definitely get an all-kill.

These girls are so talented and "Dreams Come True" was a certified bop. Fans were enamored with this song but it would have skyrocketed into worldwide popularity if TWICE or Red Velvet released it.

Like everyone on this list, fromis_9 is severely underrated. "Love Letter" is one of the best K-pop songs released in 2018 and if G-Friend has released this, it would've been a super hit.

This dramatic song never got the attention it deserved. It had everything we love about a soulful, yet sassy girl group track! If MAMAMOO took this song and did a rendition of their own, it would blow up.
Share this article
Facebook
Twitter
27 73,738 Share 38% Upvoted

sad that good music gets over looked because of who is singing it.

Why do I have an inkling feeling that this article was published in response to all the talk on IZ*ONE debuting with La Vien Rose when it was originally meant for CLC and the debate on if it wouldâ€™ve been as big of a hit if CLC had released it.

Basically ANY Song will be a hit if the top boy group or girl group releases it. Heck groups like BTS, Twice, EXO or Blackpink can comeback with a rendition of â€śtwinkle twinkle little starâ€ť and it would still top music charts and gain millions of YouTube views. Just because a song is a hit, doesnâ€™t nessesairly mean itâ€™s a good, well composed song (not saying they arenâ€™t good because a lot of them are). Thereâ€™s dozens if not hundreds of hidden gem songs released in the past decade that never got the attention they deserved, 6 songs is nothing, especially written in they way itâ€™s written here.

Former AOA member Mina's ex-boyfriend says he cheated out of curiosity & opens up about relationship
4 hours ago   62   37,198

There are only 5 existing K-Pop groups who successfully renewed their contracts with all original members
11 hours ago   45   45,106

Netizens are wondering if ATEEZ member San's recent hair change + comments meant to reference Olympic archer An San, who was recently a target of sexism for her hair
10 hours ago   45   15,902

Former AOA member Mina's ex-boyfriend says he cheated out of curiosity & opens up about relationship
4 hours ago   62   37,198

BLACKPINK's Jennie personally gives a shoutout to South Korea's Olympic swimmer Hwang Sun Woo, much to his surprise
2 days ago   68   42,115