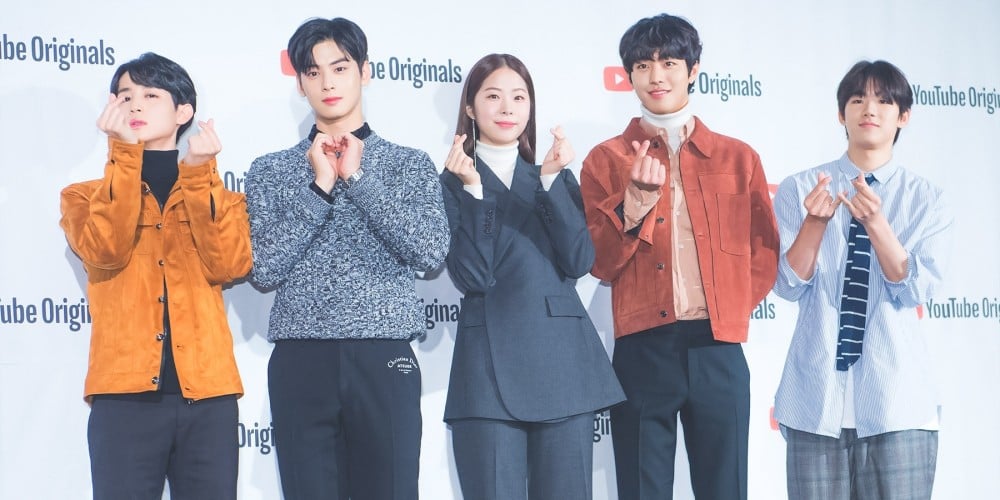 Seo Eun Soo (24) shared about her 'Top Management' co-stars.
On October 29, the press conference for the YouTube Original drama took place in Seoul. Director Yoon Sung Ho, Seo Eun Soo, Cha Eun Woo (21), Ahn Hyo Seop (23), Jung Yoo An (19), and Bang Jae Min (18) made attendance.
Lead actress Seo Eun Soo shared, "I thought they were all oppa's at first, but they are younger than me. Later, they started teasing me by calling me a grandma."
She added, "They're mature, so they followed me well. They helped me a lot on the things I'm not good at such as dancing, singing, and rapping."
'Top Management' is web drama telling the story of 4 youths and their clairvoyant female manager in their journey to debut as a successful idol group. The first episode is airing on October 31.
Share this article
Facebook
Twitter
0 8,928 Share 100% Upvoted

Shinhwa's Dongwan encounters another sasaeng incident at his home, will be taking strict action against sasaeng fans who trespass on his property
4 minutes ago   0   119

BTS Jimin officially became the FIRST and ONLY soloist in South Korea to have 4 songs surpassing 50M on Spotify!
4 hours ago   11   1,120

"Bittersweet" a jewellery brand uploaded BTS Jimin's photo on Instagram after he was spotted wearing their brand.
9 hours ago   6   4,891