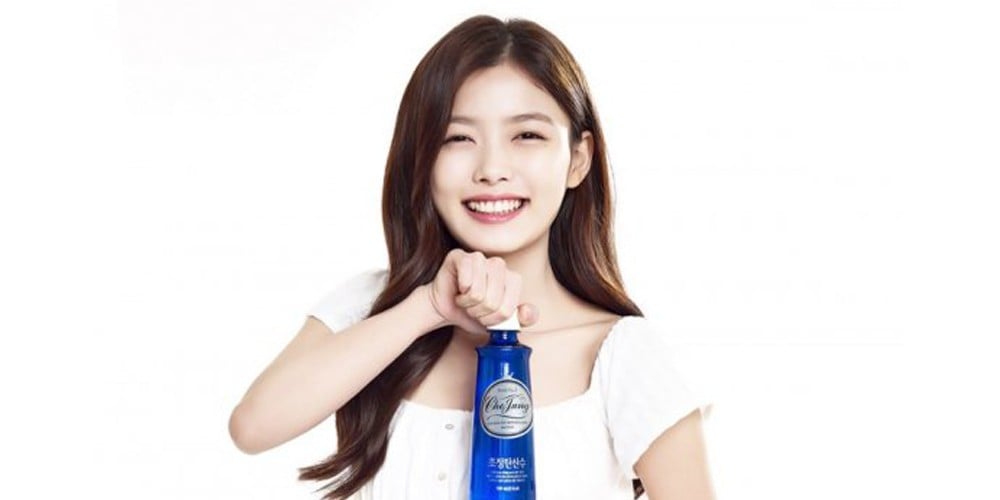 The 'Ice Bucket Challenge' was a popular online movement a few years ago, so why is it back in action (in full swing!) in South Korea?
It turns out, the challenge was brought back by none other than Jinusean's Sean, who is a director of Korea's Seung Il Hope Foundation - a non-profit organization dedicated to spreading awareness for and aiding in research of Lou Gehrig's disease in Korea. Back on May 29, Sean and the founder of the Seung Il Hope Foundation, Park Seung Il, got together on the plot of land where eventually, the foundation hopes to build Korea's first ever hospital centered around Lou Gehrig's disease rehabilitation!
You can watch the beginning of the '2018 Ice Bucket Challenge' in Korea below (Afterward, Sean challenged Park Bo Gum, Girls' Generation's Sooyoung, & Daniel Henney):
As of June 7, the '2018 Ice Bucket Challenge' has spread to numerous idols, actors/actresses, comedians, and more! One June 6, actress Kim Yoo Jung received the baton for the challenge from fellow actress Kim Bo Ra.
Rather than going for the cold, ice bucket water shower, Kim Yoo Jung decided to donate to the Seung Il Hope Foundation. She wrote via her Instagram:

"Hello. I was nominated for the Ice Bucket Challenge thanks to actress Kim Bo Ra unnie. I heard that the Seung Il Hope Foundation is currently putting forth a lot of effort to establish Korea's first ever Lou Gehrig's disease rehabilitation hospital. Everyone, please band together and cheer the foundation on until the day the hospital stands. Furthermore, I wish that many will continue to take interest in Lou Gehrig's disease even after the hospital's establishment. I will also take part in cheering the foundation on. I will be putting my heart into the movement by donating instead of the ice bucket shower. Those who will continue on from my contribution will be actor Tae Hang Ho nim, actress Jung Hye Sung nim, and actor Park Ji Bin nim."

The actress also shared screen captures of her donation to the Seung Il Hope Foundation totaling an amount of 2,100,000 KRW (~ $1,900 USD). Meanwhile, Kim Yoo Jung was recently diagnosed with hypothyroidism, but she's recovered enough to resume her activities.
Have you noticed some of your favorite idols participating in the '2018 Ice Bucket Challenge' in Korea?
Share this article
Facebook
Twitter
0 36,723 Share 100% Upvoted

"He needs to practice more," Netizens aren't impressed after hearing Kang Daniel's live performance on 'The Show'
1 hour ago   27   5,256

Paju City concludes investigation into BLACKPINK's Jennie and states she did not break quarantine rules
2 hours ago   19   3,095

Netizens pick the idol members who dance well with steady vocals during live performances
3 hours ago   73   9,401

BuzzFeed: G-Dragon is the Champion of Inclusivity in Conservative South Korea
5 hours ago   54   3,750

Former Highlight member Junhyung claps back at haters
15 minutes ago   1   1,302

This singer is gaining attention for his unrecognizable transformation after dieting
42 minutes ago   3   3,361

"He needs to practice more," Netizens aren't impressed after hearing Kang Daniel's live performance on 'The Show'
1 hour ago   27   5,256

AB6IX gets mentioned on American sitcom 'Chad,' will they make an appearance on the show?
2 hours ago   1   798

Designer decides to pull BTS Jimin's hanbok entry from charity auction after the constant harassment by Akgaes
8 hours ago   124   8,820

Netizens pick 12 idols who would get automatic disapproval for marriage when meeting the parents based on appearance
2 days ago   103   74,377