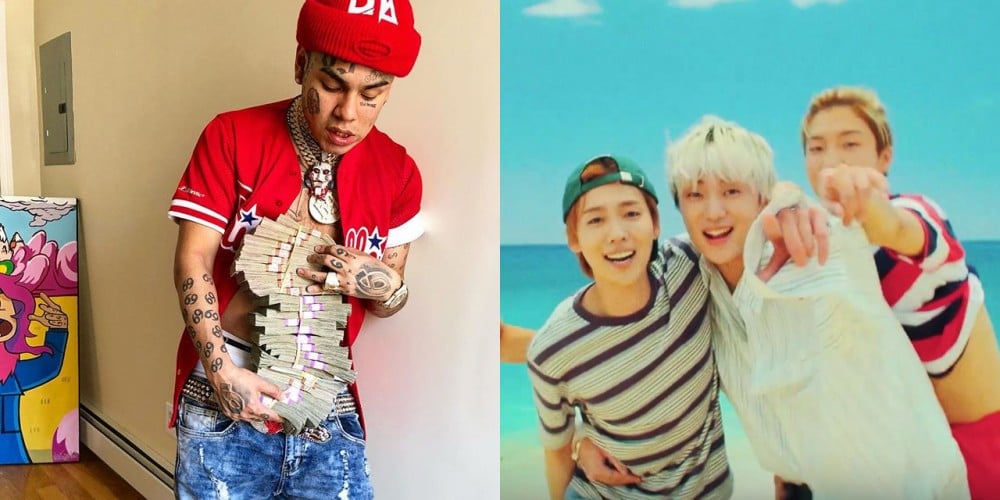 American rapper 6IX9INE has been receiving criticism recently for allegedly plagiarizing WINNER.
On May 18, a song called "Nobody (Closer)" was uploaded on the rapper's YouTube channel. According to sources and tips, the song was first uploaded on 6IX9INE's Instagram for DJ Akademiks' birthday but was soon deleted. Upon listening to the track, however, K-Pop fans couldn't help but hear the close resemblance between the beat used in "Nobody" and WINNER's "Island". Check both clips below to decide for yourself.
"Island" by WINNER was released first back on August 2017 through their single album 'Our Twenty For' whereas 6IX9INE only recently uploaded the track. Many fans have been angered since the upload and have been asking the American artist to put down the song.
What's your opinion on the issue?
Share this article
Facebook
Twitter
0 79,161 Share 100% Upvoted

'The Late Late Show With James Corden' deletes videos of the host calling BTS's appearance at the UN 'unusual' in response to backlash from ARMYs
2 days ago   142   90,295