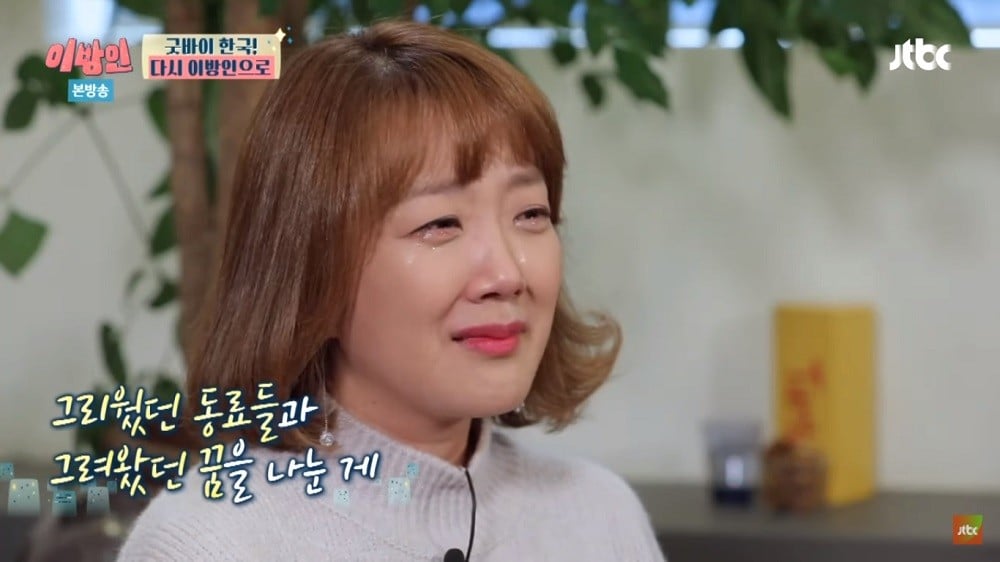 Actress Seo Min Jung shed tears as she wrapped up her last recording of 'Stranger'.

As her first variety show in 10 years, the JTBC show 'Stranger' brought back several celebrities who had left the Korean entertainment scene in order to live overseas for personal reasons. One of these celebrity casts was Seo Min Jung, the actress who is famous for her role in the 2006 sitcom 'High Kick'.

Ever since she married her husband and moved to the states, Seo Min Jung had not been able to participate in any television shows. The variety show 'Stranger' was a chance to be back on the screen again, allowing her to share her innermost thoughts on making the decision to live a quietly married life.

"My participation in 'Stranger' will live in my memory forever," said the actress. "Having been able to live the TV life again is  something I had longed for...I feel that this experience will make me stronger."

"I think I will always be a 'stranger'," she continued, implying that she will always feel like a foreigner in the states. "Now that I have to go back to the airport, I feel so sad...but, since this is the path that I had chosen, I would like to live courageously."

Do you remember Seo Min Jung's character on 'High Kick'? Check out the full video above.

BTS's Jungkook impresses Netizens with his wise answers and handsome visuals during SBS Interview
9 hours ago   22   17,414

Ailee performs stunning live band version of hit OST single 'I Will Go To You Like The First Snow'
2 hours ago   2   1,297

Goo Hye Sun says she doesn't care about the harsh criticism she's receiving from the art industry
2 days ago   79   46,452

AKP BUZZ
MBC apologizes for using inappropriate photos representing countries including a photo of the Chernobyl disaster for Ukraine during Olympic Opening Ceremony
2 days ago   95   19,644