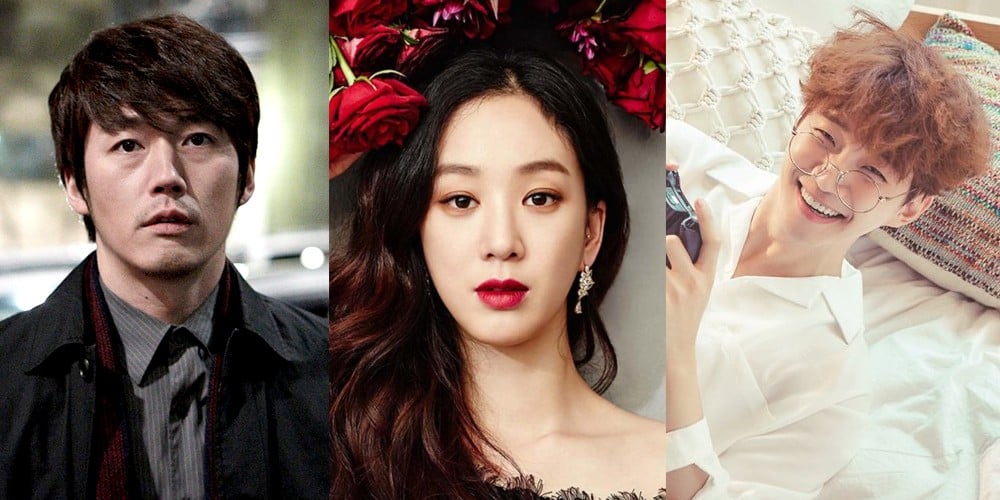 Set to air on SBS after currently airing series 'Shall We Kiss First' some time in May, 'Greasy Romance' tells the story of a man who was once a star chef at the most famous Chinese restaurant in Korea, but who is now just the chef of a measly neighborhood Chinese place. The role of the chef Seo Poong will be played by 2PM's Junho.

Joining him will be actress Jung Ryeo Won as a filthy rich woman by the name of Dan Sae Woo. Her life changes one day after tasting a bowl of jajangmyun. Jang Hyuk, cast in the role of a loan shark and the actual owner of Seo Poong's restaurant Doo Chil Sung, will be in charge of both action and romance in the drama.

Does the story behind 'Greasy Romance' sound interesting so far?

Fans are blown away by BTS’s Jungkook’s stunning visuals, his choreography and iconic "My Time" performance from 'MOTS ON:E Concert DVD'
10 hours ago   21   6,324

Reporter Lee Jin Ho says that actress Heo Yi Jae should reveal the name of the actor who asked her to sleep with him
1 day ago   84   19,327

Hyunjoo reveals she has been sued by two April members for defamation, opens up about the financial strain of facing multiple lawsuits
1 day ago   106   37,126

Netizens show mixed reactions to BLACKPINK member Rose's eye makeup at the Met Gala + wonder if it's a popular trend in the United States
2 days ago   157   70,070