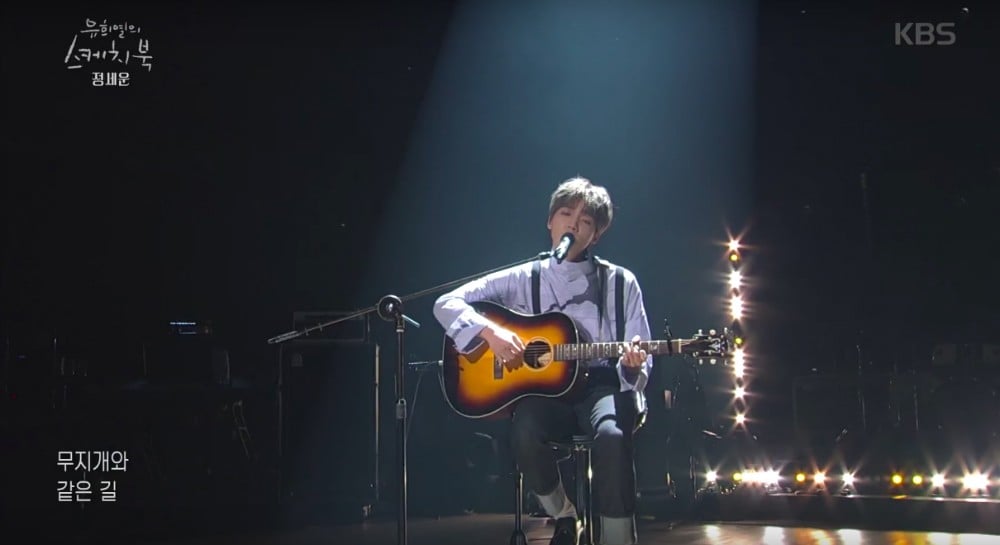 Jung Se Woon stood on the stage of 'Yoo Hee Yeol's Sketchbook' to perform in front of the hundreds in attendance.

On this day, Jung Se Woon covered the late Yoo Jae Ha's classic song called "The Covered Up Road". With just the guitar in his hand and the spotlight on him, Jung Se Woon dove into the music and became one with the song that reached everyone emotionally. Afterward, he explained that the song means a lot to him as it comforted him very much during his trainee days.

Along with his beautiful rendition, he also performed his latest release "Baby It's U" which was followed by loud cheers from the crowd.

Check all the clips below!

AKP BUZZ
Koreans donate to "brother" Turkey for the wildfires after seeing Turkish volleyball players in tears
57 minutes ago   12   5,435

Employees at a Chinese company allegedly fired for discussing the possibilities of having Kris Wu represent the brand
4 hours ago   22   9,325

AKP BUZZ
Koreans donate to "brother" Turkey for the wildfires after seeing Turkish volleyball players in tears
57 minutes ago   12   5,435

BLACKPINK's Jennie gains attention for wearing a chain accessory around her thin waist, netizens predict it will start a new fashion trend
15 hours ago   87   85,633