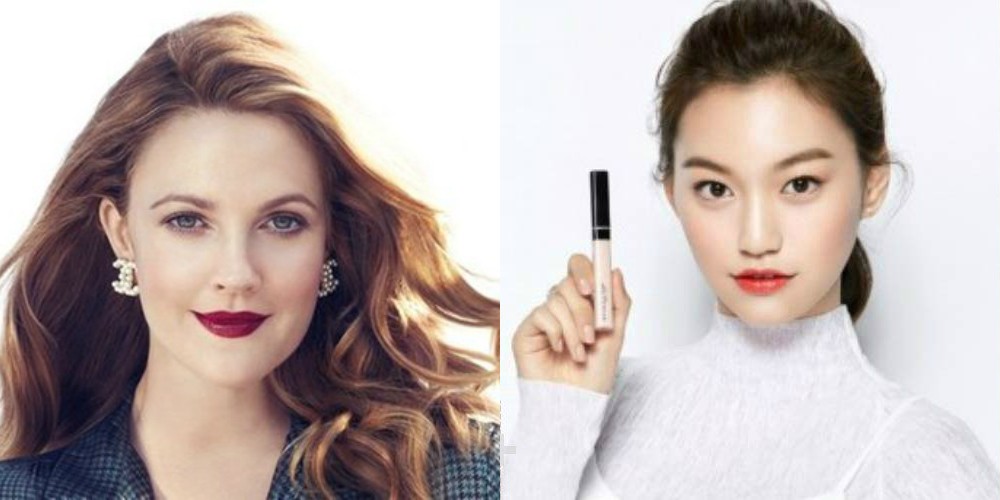 On January 22, a representative of JAYJUN Cosmetics stated, "Drew Barrymore will be arriving in Korea on the 25th in order to attend a launching event and promote her latest brand collaboration."

Drew Barrymore has collaborated with JAYJUN Cosmetics for its newest product and took part in the concept, design, and launching of JAYJUN's latest trendy item.

In addition to this, the Hollywood star is also scheduled to make a guest appearance on OnStyle's 'Get It Beauty 2018' and is set to interact with fans as well as film for various cosmetic promotions.

This isn't the first time Drew Barrymore made a special appearance on a K-variety program.Ā Previously, the actress appeared on MBC's 'Infinity Challenge' last year and expressed her love for Korea.

Netizens talk about fans who only support favorite member of an idol group
4 hours ago   39   11,893

HYBE's Bang Si Hyuk now owns stocks worth as much as the chairman of Hyundai Motor Group
33 minutes ago   2   1,336

KINGDOM looks like game characters in the 'Dusk ver.' concept photos for their 1st comeback
2 hours ago   0   624

Former AOA member Mina says she's all better after she went through shamanistic rituals
19 hours ago   71   11,653

BLACKPINK's Jennie boasts of her loveable charms with cute freckles while eating a burger
2 days ago   89   12,090

April's Chaewon reveals her side of the story in response to the claims made by Hyunjoo's brother, via lengthy fancafe post
3 days ago   69   20,138