Singer Hoody talks about joining AOMG and story behind her name

Singer Hoody revealed how she came to sign with AOMG and the story behind her name.


On the September 7th episode of SBS Power FM's 'Cultwo Show', Hoody shared, "I joined AOMG 2 years ago due to Jay Park oppa's recommendation," adding that she first featured in Jay Park's song "Solo". She continued, "The agency's environment is very small and free. It kind of feels like a family."

As for rumors saying she's the tallest labelmate at the agency, she responded, "I'm 5'8" (173cm), but I'm not the tallest one." On the origins of her name, Hoody revealed the explanation was simple, saying, "I wore a hoody a lot, so Hoody was decided as my name. I was in a hip hop group in college. Ja Mezz of 'Show Me the Money' was a member, and he said, 'You should make a rap name too.' I was wearing a hoody, so I went with Hoody."

Stray Kids' Bang Chan releases an apology after an old clip surfaces of the idol doing a Jim Crow pose
4 hours ago   82   26,933 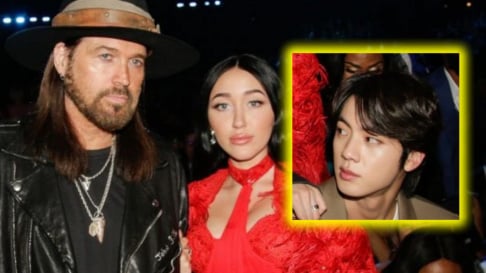 The 37-year-old woman, who sued Kim Yong Gun for forcing her to have an abortion, responds to the veteran actor's latest statement
7 minutes ago   1   822

Stray Kids' Bang Chan releases an apology after an old clip surfaces of the idol doing a Jim Crow pose
4 hours ago   82   26,933