On April 12, IU's label Fave Entertainment announced strong and strict legal action against YouTuber A, who has been garnering attention on online communities for his verbal sexual harassment toward the solo singer.

YouTuber A's history of harassing IU verbally through sexual and derogatory remarks has become a buzz online recently. It's been revealed that during online broadcasts, YouTuber A would answer questions like "Do you like IU better or your pet dog better?" with, "Of course I like IU better. I can't do anything about it. Because my pet dog can't offer its v***** to me but IU can."

When commenters on his broadcast warned him of IU's label taking legal actions, YouTuber A reportedly said, "If IU files a lawsuit against me, I'd be honored. I can meet her in person in court." Claiming to be an avid fan of IU, the YouTuber has posted several broadcasts about IU, as well as remarks toward her former boyfriend Jang Kiha, and more.

Fave Entertainment stated about the lawsuit, "After deciding that [the YouTuber's] recent remarks were excessive, our label's legal team is preparing to file an official lawsuit. We expect the filing process to take a few days. We will not hold back in this lawsuit."

Shortly after news of Fave Entertainment's legal actions, the YouTuber uploaded an apology, saying, "People who do not watch the broadcasts can't help but get the wrong idea. Most people who watch my broadcasts just laugh it off. There's no meaning [behind my remarks]. I didn't want to deride [IU] or mean to harass her sexually. I apologize. Everything is my fault."

Despite YouTuber A's apology, Fave Entertainment has announced that it will not withdraw the decision to take legal actions. Netizens seem to agree with the label's strict stance, commenting that the YouTuber should not be let off the hook so easily, and that he needs to face legal punishment for his actions.

CJ ENM asks n.CH Entertainment to hand over TOO without any more trouble in an official press statement
2 hours ago   6   3,050

WayV members angrily share photos of the Sasaeng fans who followed them to an undisclosed filming location
5 hours ago   31   21,281 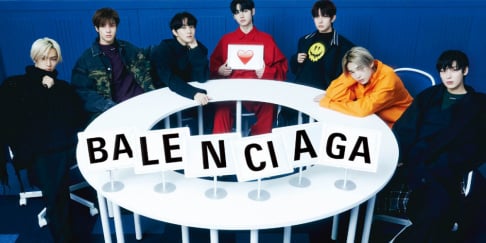 AKP BUZZ
Korean Mukbang YouTuber is fired from her Chinese agency after saying "Kimchi is a Korean food"
9 hours ago   72   59,334

Mina lashes out at netizen demanding proof that Jimin bullied her, posts medical diagnosis from hospital
23 hours ago   227   47,164