Eugene and Ki Tae Young are full of love in their first ever couple photo shoot!

The recent photo shoot with 'InStyle' marks their first ever magazine photo shoot together since their marriage in 2010. Each cut captures their sincere love and affection for each other, and it's also reported that their lovely vibe filled the set with energy.

Following the photo shoot, Ki Tae Young said, "My life is very different before and after I met my wife. I originally lived trapped in [my own] world that I even called myself an outsider, but after meeting Eugene, I came to open my mind up to others and turned brighter. I gained a lot of positive influences."

You can check out the full interview and pictorial in the February issue of 'InStyle'.

Eric Nam, Tablo, and Gallant groove in Hong Kong in MV teaser for 'Cave Me In'

AKP BUZZ
The restaurant that put a cigarette butt in their chicken closes down
7 hours ago   14   10,553

How K-netizens are reacting to Kim Garam sharing her side of the story + publicizing her school violence committee record
22 hours ago   155   53,498

NewJeans' 'Attention' lands at #1 on major real-time domestic music charts, the only debut song to achieve this in the last 5 years
21 minutes ago   5   1,145 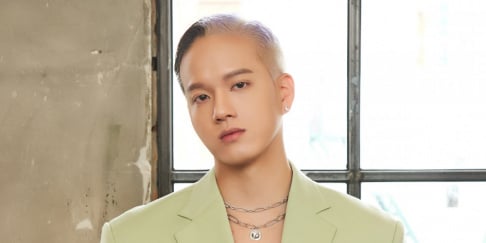 How K-netizens are reacting to Kim Garam sharing her side of the story + publicizing her school violence committee record
22 hours ago   155   53,498

HYBE ADOR's Min Hee Jin responds to the accusations that she is glamorizing pedophilia
2 days ago   172   56,342