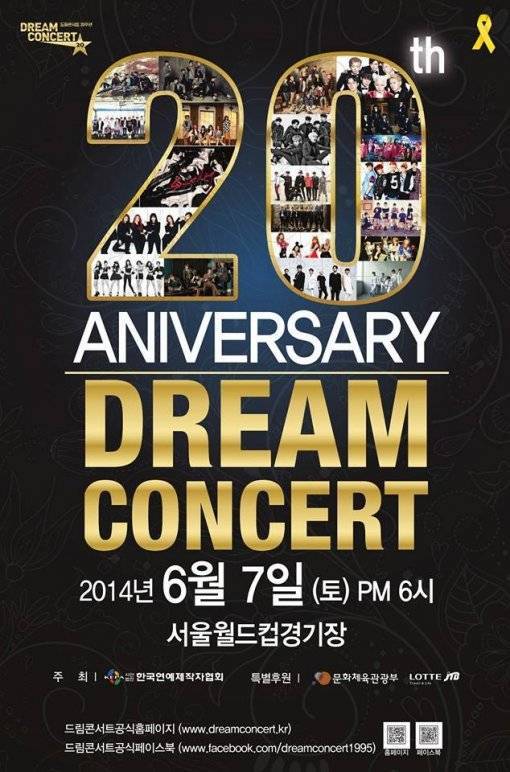 One of the most exciting events of the year, the '2014 Dream Concert', was held at the Seoul World Cup Stadium on June 7 at 6 PM KST. The hosts of this event included Super Junior's Kangin and Eunhyuk as well as actress Baek Jin Hee and in honor of its 20th anniversary, the concert featured a star-studded lineup of idol groups!

The Dream Concert will air through SBS on June 15.

Check out some of your favorite idol groups walk the red carpet below!

BTSâ€™s V continues to ride high with his solo music as he bags yet another â€˜First and only Korean soloist toâ€™ record on SoundCloud.
1 hour ago   4   493