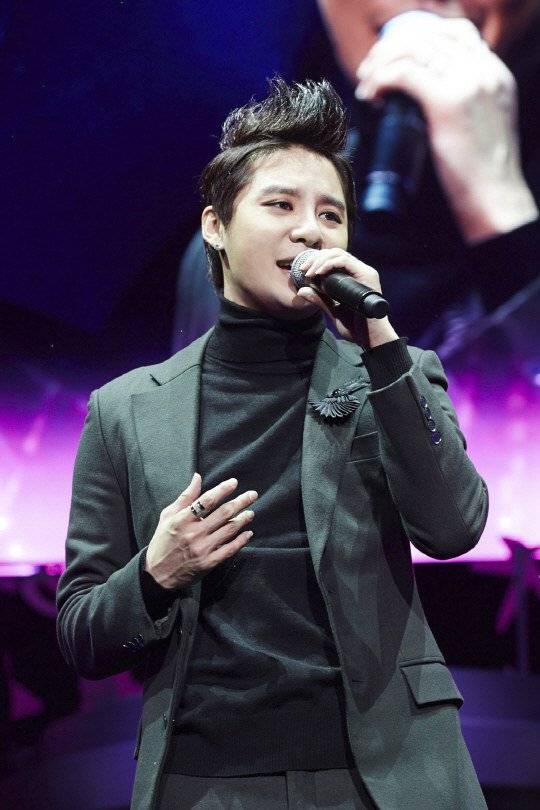 JYJ's Junsu (XIA) is set to hold his '2014 XIA THE BEST BALLAD SPRING TOUR CONCERT IN JAPAN' in May!

C-JeS Entertainment stated, "Junsu's 'Ballad&Musical Concert' in 2013 received rave reviews for its refreshing 100% all-live concept with an orchestra. The Japanese version of the ballad and musical concert 'The Best Ballad' concert tour is even more meaningful because it will be a high-quality live concert overseas."

The agency also revealed what Japanese fans can look forward to: "Junsu will perform ballad tracks from his album, drama OSTs, and musical numbers, as well as Japanese ballad songs. It will be a special spring for the Japanese fans who love Junsu's music."

CJ ENM asks n.CH Entertainment to hand over TOO without any more trouble in an official press statement
5 hours ago   10   4,898

WayV members angrily share photos of the Sasaeng fans who followed them to an undisclosed filming location
8 hours ago   32   28,541

AKP BUZZ
Korean Mukbang YouTuber is fired from her Chinese agency after saying "Kimchi is a Korean food"
12 hours ago   84   73,665

Mina lashes out at netizen demanding proof that Jimin bullied her, posts medical diagnosis from hospital
1 day ago   227   48,262

All Witnesses Denied Seungri Involvement, Saying Police Tried To Force Them Against Seungri
2 days ago   162   36,112