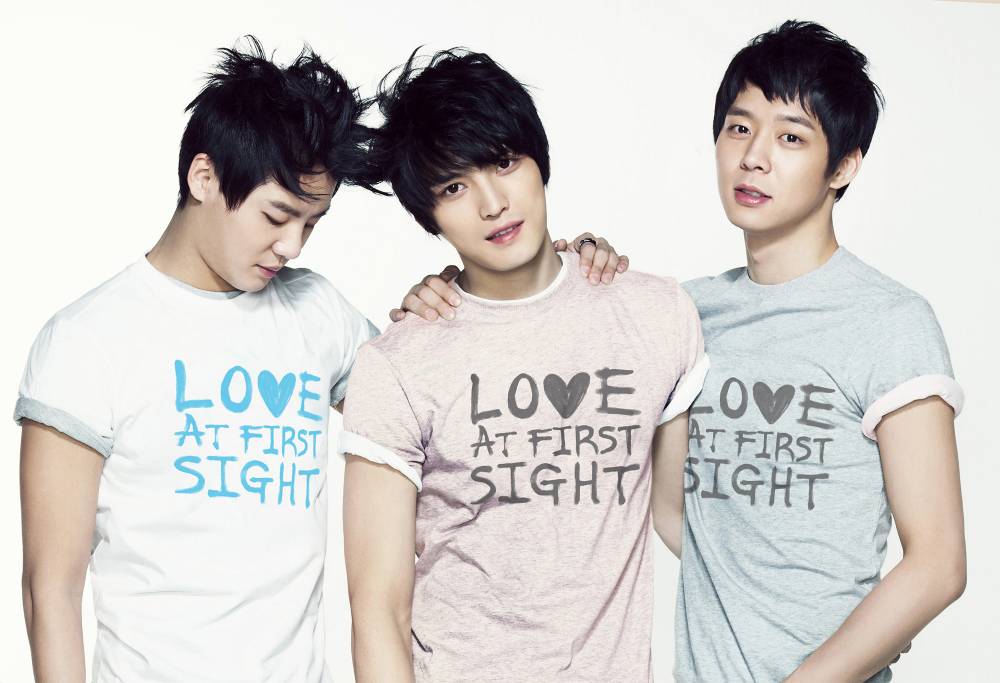 The boys made 50,000,000 KRW through their end-of-the-year auction, and they decided to donate it to all sorts of charities. C-JeS Entertainment said, "JYJ held a charity auction for the 13 most popular works that were shown at the JYJ gallery in June 2013 during the JYJ memebership week. They earned 50,000,000 KRW through the auction, and recently donated the proceedings to various charities. We chose children's centers as well as hospitals for the disabled and the elderly and donated items they needed the most."

Instead of donating the money, the boys decided to buy the equipment the centers needed the most. They donated electronics and wooden lockers for the children's center, donated beds that made it easy to take care of the elderly for the hospitals for elderly, and electronics and furniture for the center that took care of children with incurable diseases. They also donated 5,000,000 KRW (approximately $4,700 USD) to the Seoul University Hospital for children who couldn't get surgery because of money.

JYJ said, "The JYJ gallery was something we made to have a special memory with fans. We're happy that something we worked on ourselves went to the fans, and that the proceeds from there were able to help those in need. We were able to start the year on a good note through the proceeds from the charity auction as well as the additional funds we collected from the company employees."

The label added, "The Japanese fans' hard work will also be donated to World Vision Japan to be used to a meaningful campaign to protect children. Fans from both Korea and Japan participated in the gallery, and the charity auction was held in both Korea and Japan. World Vision Japan thanked us for JYJ's continuous donations to the Japanese aid group."

A female reporter is criticized for sexualizing TWICE's Momo in her article headline and netizens say it is sexual harassment
2 hours ago   12   6,819

Netizens pick BLACKPINK's uniforms as the most legendary outfit on 'Knowing Bros'
3 hours ago   13   8,076

A female reporter is criticized for sexualizing TWICE's Momo in her article headline and netizens say it is sexual harassment
2 hours ago   12   6,819

Netizens pick BLACKPINK's uniforms as the most legendary outfit on 'Knowing Bros'
3 hours ago   13   8,076

Giant Pink publicly apologizes to owner of dog her own dog killed; owner refuses to meet for in-person apology
12 hours ago   71   28,119

Fans are increasingly getting concerned over the seemingly intentional exclusion of Jimin from BTS's group work and the limitation of opportunities for him
5 days ago   56   68,444