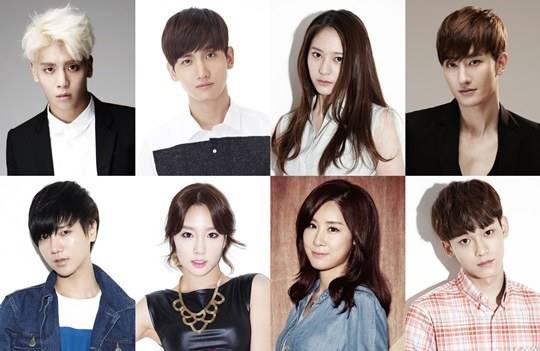 For those who can't hold in their 'breath' any longer while waiting for the return of SM The Ballad, you're in luck because the SM Entertainment project group has announced that the releases will begin on the 10th!

The release schedule is as follows:

February 13 - Chen and Krystal's duet "The Good and Bad" ("When I Was When U Were") / Yesung, Zhoumi's "I Was Greedy" ("Blind") / Chinese (Chen and Zhang Li Yin) and Japanese (Changmin and Krystal) versions of "Breath"

Taeyeon and Jonghyun will perform "Breath" for the first time on 'M! Countdown' on the 13th. Chen and Zhang Li Yin In will also perform the Chinese version of "Breath" on the live broadcast of Chinese Hunan TV's 'Element of Joy' on the 14th at 8 PM.

Following all the individual and online releases, SM The Ballad's 2nd album 'Breath' will be released on the 13th!