G-Dragon releases EP 'One of a Kind'

3 years after 'Heartbreaker', G-Dragon has finally released his EP 'One of a Kind'.

This time around, G-Dragon has incorporated much stronger hip hop elements. Listeners will also be able to get a better feel of the singer's own thoughts and value systems, and the album consists of 7 songs total, worked on by G-Dragon himself as well as TEDDY PARK, CHOICE37, Choi Pil Kang, Ham Seung Chun, Kang Wook Jin, Tablo, and more.

His title track "CRAYON" was written and composed by both TEDDY and G-Dragon, and the title 'Crayon' is a hybrid of 'crazy' and G-Dragon's birth name, Jiyong. The title also means 'Crazy On', reflecting G-Dragon's style of going all in for a new project. With this new track, listeners will be able to enjoy both hip hop and electronic music.

The album also consists of "One Of A Kind", along with "That XX" that still managed to sweep the charts despite being labeled 19+, as well as "Missing You" featuring Jaurim's Kim Yoona, "Today" featuring NELL's Kim Jong Wan, and "Ultimately" featuring an unnamed member of YG's new girl group.

Check out his title track "CRAYON" below along with a preview of his new tracks.

Purchase One of a Kind on iTunes 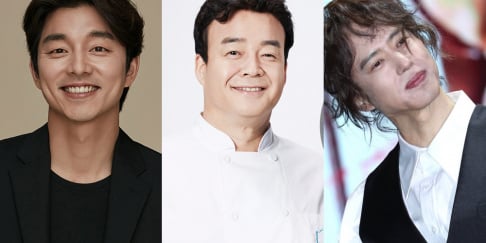 BTS’ Jungkook stole all the attention at Grammy's red carpet with his stunning visuals and trended across the world
1 hour ago   4   1,870

BTS’ Jungkook stole all the attention at Grammy's red carpet with his stunning visuals and trended across the world
1 hour ago   4   1,870