IU confesses she seriously questioned her singing abilities while receiving production directions from Naul, who gifted her the track 'Hi Spring Bye'

On April 2, IU appeared as a guest on KBS2's 'Yoo Hee Yeol's Sketchbook'!

Having returned with the release of her 5th full album 'Lilac', IU delivered the season of spring to the viewers at home with her performances of "Lilac" (Acoustic Ver.), "Coin" (Band Ver.), plus more.

During her interview, IU shared some behind stories while working on her comeback album, including her collaboration with the legendary singer/song-writer Naul! IU revealed, "I have never worked with Naul sunbaenim in the past. I just decided to go greet him at his studio and asked him if he could write a song for me, and he was just like, 'Sure'. He just gave me the song as a gift. He wouldn't even take any fees for it. He said, 'It's a gift for the last year of your twenties'."

The song that IU received from Naul was track #4 from 'Lilac', "Hi Spring Bye"! IU then went on to describe her experience working with the one and only Naul, who personally came to her recording studio to help direct her. She said, "He is a very quiet, unexpressive person in real life. He just goes,' Jieun, let's try that again'. But he doesn't just say that. He also says, 'The reason why I want you to do that again is because you should do it like this'. And he sings it the way he wants it to be sung. And he suddenly starts singing with that voice of his. I thought my ears were literally... I was like, this is what the word 'ecstasy' means. And he kept just asking me to 'sing it like this'."

She continued, "Hearing him, I felt so useless. I was standing there in the studio, going, 'Who am I? Where am I? What am I even doing?' But at first, I just replied, 'Yes, I will try it'. The thing is, his standards are also very high. He just keeps going, 'Again. again. Let's try again'. And then eventually, 'I want you to do it like this'. And then he'll sing it the way he wants. By then, in my head I was like, 'If I could do that, then I would be Naul'. Not that I could say that to his face. I just couldn't keep up with him."

Lastly, IU and MC Yoo Hee Yeol decided to let viewers listen to the "guide" version of "Hi Spring Bye", sung by Naul himself! IU gushed, "This version is just absolutely perfect. It can be released as an official song right now. I'm honestly not sure if it is smart for me to release this guide version."

Listen to the Naul version of IU's "Hi Spring Bye" at the end of the clip above, and check out some more clips from this week's 'Sketchbook' with guest IU, below! 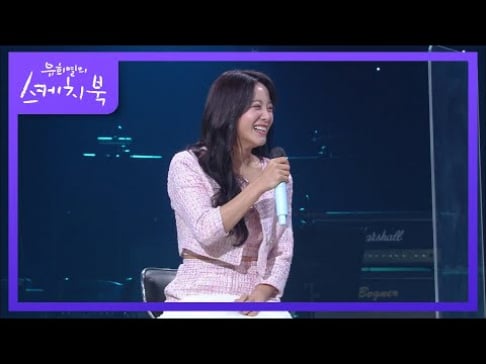 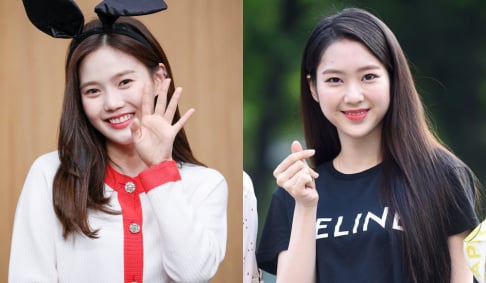 Naul is so good! I recommend listening to his songs (He’s a member of Brown eyed soul) . I am so glad he gifted her this song! Listening to him sing you can see why she questioned her own abilities. She’s good anyways 🤍

Netizens surprised by TXT's skills at the assembly line of their album manufacturing factory
5 hours ago   7   6,363

This is Song Joong Ki and Katy Louise Saunders' future home where they will raise their first child
8 hours ago   36   53,957