Super Junior's Donghae talks about his fist fight with Heechul

Super Junior's Donghae opened up about a past fist fight with Heechul.

On the December 12th episode of 'Knowing Brothers', Donghae expressed, "I've had a fist fight with Heechul before. Heechul hit me first. It was when he expressed that he felt bad about going on with Super Junior because he had a dream to become an actor. I thought the album jacket was important, so I said that we should shoot it. Heechul left though."

He continued, "I was so angry. I told him, 'If you leave this room, don't even think about coming back. I won't call you hyung anymore. I'll call you Heechul.' In the end, Heechul opened the door and left, but he came back and we fought. That's why I kicked him, and he grabbed me and scratched my neck."

Heechul then explained, "It was my turn to hit him, and Donghae almost cried. We made up later on. Donghae said, 'I'm sorry. Let's shoot the pictures.' The reason I came back home is because I was cold."

Check out the 'Knowing Brothers' clip above!

Is that why Donghae just starts shit and let's the rest of them fight? 😆

Donghae has long been known to have been one of the few people not intimidated by Heechul from the beginning even when Heechul was going through a tough time. In my opinion, it's one of the reasons that Heechul ended up becoming closer to him.

Netizens talk about fans who only support favorite member of an idol group
34 minutes ago   6   3,413 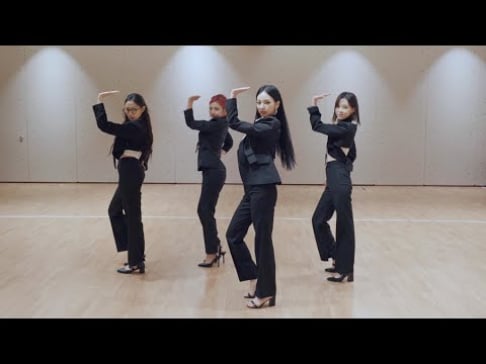 Former AOA member Mina says she's all better after she went through shamanistic rituals
16 hours ago   69   10,952

BLACKPINK's Jennie boasts of her loveable charms with cute freckles while eating a burger
2 days ago   88   11,852