New Netflix K-dramas to look forward to in 2023

Some might feel sad to say goodbye to 2022 which was filled with excitement with new girl groups and amazing K-dramas.

Netflix has been the biggest platform providing different K-dramas of all genres to global fans in 2022. And Netflix has more in store for K-drama fans in 2023.

Without further ado, here are the new dramas to be released on Netflix in the coming year!

Cast: Kim Woo Bin, Esom, Kang Yoo Seok, Kim Eui Sung, Song Seung Heon
It is set in 2071 and is based on a webtoon, in which people cannot live without a respirator due to severe air pollution. Kim Woo Bin plays the legendary courier driver '5-8', and Song Seung Heon will be playing the villain in this 25 billion KRW blockbuster drama!

Hwang Do Hee (played by Kim Hee Ae), a master of image making and in charge of the strategic planning office of a conglomerate, jumps into the election board to make human rights lawyer Oh Kyeong Suk (played by Moon So Ri) the mayor of Seoul.

Cast: Go Hyun Jung, Nana, Ahn Jae Hong, Yeom Hye Ran, Choi Daniel
It is based on a webtoon of the same name that has been popular for three years since 2015. Nana and Ko Hyeon Jung play the main characters of different time zones, portraying the double life of BJ Kim Mo Mi, who has an ugly face but unrealistic body and dancing skills.

Cast: Choi Woo Shik, Son Seok Koo, Lee Hee Joon
It depicts the confrontation between Lee Tang (played by Choi Woo Shik), an ordinary college student who realizes that he has the ability to discern the bad guy after committing an accidental murder, and detective Jang Nan Kam (played by Son Seok Gu). The drama is also based on a webtoon of the same name.

Cast: Park Seo Joon, Han So Hee, Kim Su Hyun, Kim Hae Sook, Jo Han Chul
'Gyeongseong Creature', which gathered much attention as the collaboration drama of Park Seo Joon and Han So Hee, deals with the story of monsters that appeared in Gyeongseong in 1945 and even more monstrous humans.

Cast: Ryu Seung Ryong, Ahn Jae Hong, Kim Yoo Jung
Directed by director Lee Byung Hun, who made 'Extreme Job' a great success, it is a drama that tells the story of a daughter who gets into a mysterious machine and turns into a sweet and sour chicken, and a father's struggle to get her back to normal.

Cast: Bae Suzy, Yang Se Jong, Lee Yoo Bi
'The Girl Downstairs' is based on the popular webtoon of the same title and follows the romantic story surrounding Lee Doo Na, a former celebrity with a mysterious life. 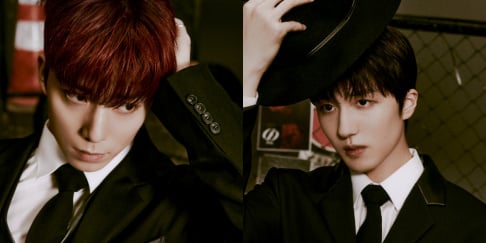 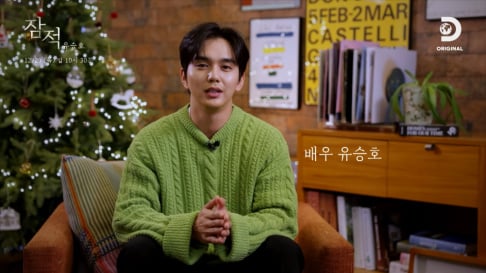 They're all based on webtoon💀

nothing against it but does scriptwriter don't have enough imagination now...

Chicken Nugget - "daughter... turns into a sweet and sour chicken"

Taeyeon is receiving immense praise after changing her singing style
2 hours ago   3   4,902

BTS's V takes everyone's breath away with his stunning visuals at the production presentation for tvN's 'Seojin's Korean Street Food'
3 hours ago   14   3,891

"Why wait so long and file only after he became famous?" Netizens question the timing of sexual harassment accusations against 'Squid Game' actor O Yeong Su
3 hours ago   16   8,437

Korean celebrities with the most Instagram followers
53 minutes ago   4   2,246