A tenth anniversary is monumental in K-pop, and that means they've been active since 2013. This is a huge accomplishment to celebrate, and we are so excited and eager to celebrate this huge feat with these stars. Let's check out some big stars that are awaiting this special occasion below!

Who knew that BTS would be the BTS we know in 2022? During their ten-year tenure, they've accomplished so much and pretty much-defined k-pop into what it is today. Congrats on their huge accomplishment, and only bigger things are ahead of this mega group.

Ladies Code will also be celebrating their tenth anniversary in the upcoming year -- they've definitely been through a lot, but it is without a doubt that the music they provided for us is irreplaceable and absolutely phenomenal. Though the group hasn't been actively promoting for a while, it seems that the three members are individually promoting in their own way. Congratulations to Ladies Code!

Though Din Din doesn't have an official debut date, he appeared on the second season of Show Me The Money back in 2013 and ranked seventh place, officially making his debut. Though he is more seen in the entertainment industry nowadays, his original career is as an artist! Nevertheless, congrats to Din Din!

Our favorite small-portion eater & fire music producer Code Kunst made his first television appearance back in 2013 as well through his single "Lemonade." Throughout his promotions, he proved himself to be a great artist, producer, and even an entertainer and made us think, "What would the music industry be like without Code Kunst?"

This is an honorary mention as the group officially disbanded back in 2018, but the ladies of BESTie will also be facing their tenth anniversary in 2023! Though their era was short-lived, fans definitely miss BESTie, and some songs are still worth checking out to this day!

There weren't too many groups that debuted in 2013 (or at least groups promoting until now), but we can definitely say that this list is lean but not mean. We're so happy to congratulate these artists on this tremendous accomplishment, and we are truly excited to see what they can bring to the industry moving forward for many more years to come.

What are your thoughts on this list? Did we miss a 2013-born artist? Which one is your ultimate favorite? Make sure to let us know in the comments below! 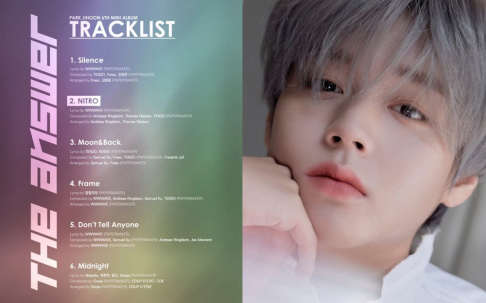 So excited to celebrate 10 years with BTS! They've grown so much, I'm so proud of them. And congrats to the other groups that are celebrating 10 years!

'The Glory' actor Jung Sung Il talks about his difficult childhood and drinking water from a puddle when he was thirsty
5 hours ago   7   8,659

Staff members from the KBS drama 'The King of Tears, Lee Bang Won' have been charged with animal abuse after a horse died due to a dangerous stunt scene
7 hours ago   16   10,593

Producer Yoo Han-jin has departed SM Entertainment after 25 years and has joined n.CH Entertainment
6 hours ago   12   6,474

NCT's Lucas expected to resume activities after his photo with SM Entertainment's CEO and an Instagram update
1 day ago   100   56,381