Zico recently opened up about his image while appearing on SBS's 'My Little Old Boy.'

During the August 21 KST broadcast, MC Seo Jang Hoon talked to Zico about his history of bold hairstyles, saying, "Your style's extremely hip, and you've had a variety of style transformations from your debut to now. Is there a style that you regret trying?"

"I regret them all," Zico joked shyly, inciting the panel to assure him that his style is something only he can pull off and is indicative of a strong personality.

"It's great and shows character. But even still, if you could choose one from these photos, which style would you pick," Shin Dong Yup asked, showing four different images of Zico's past hairstyles. In response, the rapper picked the first photo, a music video still from Block B's 2011 debut single "Freeze."

"To be honest, when I first glanced at it, I thought you were [singer] Lee Eun Mi," Shin Dong Yup joked as images of her cropped hair look were shown on the screen.

Later on, Seo Jang Hoon brought up that Zico's unique appearance and expression may cause people to think that he is angry, and he asked the rapper if he has been working on practicing a gentler facial expression.

"Honestly, my eye shape is narrow and I give off a sharp impression, so I try to look upwards as much as possible," he admitted, demonstrating for the panel how looking upward changes the mood of his face. "My resting face and my serious face have the tendency to look intimidating, so I look upward to make myself appear gentler." 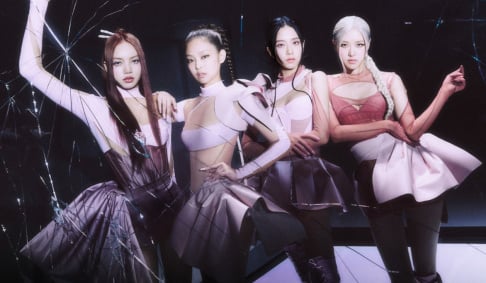 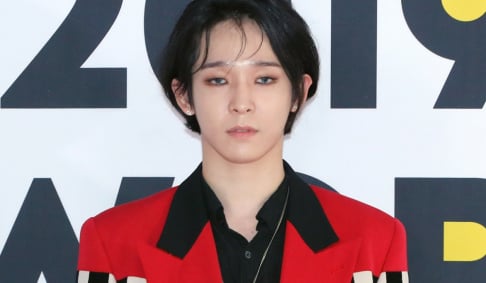 Nam Tae Hyun takes to Instagram to apologize for fight with Seo Min Jae, does not mention drug allegations

Aww damn, I don't want to see his softened features! what I liked most about him since B-Block debuted was precisely his wild face and strong personality...

His hairstyles and outfits were outlandish but so fun!

Idols getting "softer" = boring even if I madly love Zico as an artist....I don't like too much "softness"

Every time everything related to kpop feels more like simple and boring western pop... ><

Facial expressions are the best things for an idol. I understand that when you did 5 music shows with the same title song in 3 days you get bored but it's also boring for others to see idols who look like robots or who don't pay attention to the lyrics of their own song (like idols who act cute when the song is about destruction/monster/power...as a viewer you just think they have a personality disorder). Zico and Block B were truly amazing in those days and it's a shame that Zico felt the need to be less "scary". In the "normal life" just a smile is enough if you don't want to be too scary (words from a person who have sharp facial features) . For me, Block b looked more like actors on stage than idols and I loved that. Now that Zico is solo I wish him the best but he doesn't have the same energy at all.

BLACKPINK's Jisoo posts a sweet message for Natalie Portman after meeting the actress in Paris
3 hours ago   1   5,263

K-netizens believe the person leaking V and Jennie's photos could be an employee of YG Entertainment
13 hours ago   66   74,724